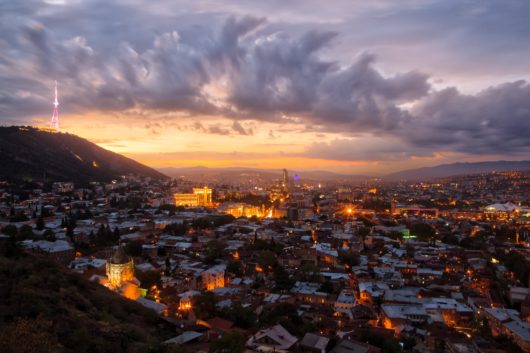 Infrastructure Projects in the Republic of Georgia

Railroads, roadways, seaports, airports, pipelines and electrical transmission lines are all in need of either an upgrade or an overhaul. Infrastructure projects in the Republic of Georgia are being handled organized by the Georgian government, but they are being financed by companies and countries all around the world. For example, Japan signed $38 million agreement to fund investments for improvements on one of Georgia’s main highways.

Much of this investment is organized and promoted by the Georgian International Investment Agency. The agency was developed and established in 2002 outside of direct government control due to the laws at the time. In 2015, the agency was moved under the direct control of the office of Prime Minister as a result of its growing importance and investments. The job of the agency is to ensure that investors and the nation are treated fairly.

As the government of Georgia is seeking closer ties to the west by looking to join both the European Union and NATO, it has formed an important trading partnership with the United States. USAID has been working with Tetra Tech, an international engineering firm, on infrastructure projects in the Republic of Georgia, specifically in the energy sector.

USAID along with Tetra Tech have been working together with the government of Georgia, and other nations in the Caucasus region, on the Georgia Power and Gas Infrastructure Oversight Project (PGIOP). The project includes the construction of 119 kilometers of gas pipelines and the replacement of substations and power lines that were damaged or dismantled during the 1992 Georgian Civil War.

Georgia’s other neighbors, Azerbaijan, Turkey, Armenia, Bulgaria and Ukraine, are all important trade partners that share either a land or sea border with the Republic of Georgia. Improving infrastructure in Georgia will facilitate important trade between the county and its neighbors, helping the economies of all countries involved. The World Bank is working with the government of Georgia to help improve the infrastructure needed for this trade.

The World Banks has been investing millions into the Republic of Georgia not only to help stimulate trade within Georgia’s sphere of influence but also though the Caucasus Transit Corridor. The area is an important corridor between Asia and Europe. Modern infrastructure will help facilitate trade across the Black Sea and through all of the nations that border it. Both natural gas and trade goods will need to move faster as consumption increases.

Georgia is a nation tucked in a region with ever-growing tensions. The wars in Iraq and Syria are not far away. Its neighbors Armenia and Azerbaijan are in a constant state of alert. Russia, Turkey and Iran are all beginning to flex their muscles on the world stage more freely. Through improving infrastructure projects in the Republic of Georgia, the country can hope to become too important for any side to lose, allowing it to continue to grow freely and democratically.