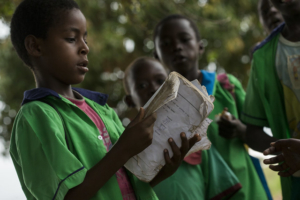 South Sudan, the world’s youngest country, faces a bevy of challenges. A long civil war within the previously integrated Sudan and an onslaught of recent conflicts in the newly independent country of South Sudan have resulted in years of instability, undermining education there. Geographical and gender-based issues also pose threats to learning, but the government and NGOs are working hard to create a better system. Here are eight facts about education in South Sudan.

8 Facts about Education in South Sudan

Conflict and complex political geography combine to undermine education in South Sudan, but the weight of both pressures is gradually lifting. This spells a promising future for South Sudan. Besides being instrumental for healthy living and economic prosperity, education is also a key to future peace. As the South Sudan government and NGOs continue to strengthen the education system, stability will hopefully follow.