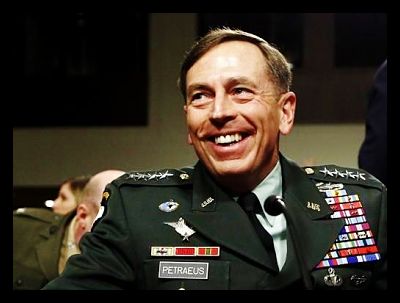 The United States Military takes a huge piece of the American Federal Budget, with 23% of spending allocated to defence. The armed forces are carrying a heavy responsibility in a time when national security is at the forefront of most citizens’ minds, with threats and responsibilities so numerous that the country has come to merit possessing the world’s most powerful army.

Taking this into consideration, it seems unlikely – and significant – that General David Petraeus, who had an illustrious career within the army – is outspokenly advocating the continued funding of foreign aid.  Petraeus recently wrote an impressive op-ed in Politico outlining the many potential benefits of continuing development work, as well as the moral and strategic importance of doing so. He offers the gentle reminder that America’s influence does not come solely from its military muscle but also from what he calls its ‘softer’ power, i.e. its generosity and ability to contribute to the betterment of other nations.

A strategist at heart, Petraeus’ argument is more sense than sentiment. Seen from a strategic standpoint, General Petraeus expounds on the benefits of past development work. He provides real life examples of how assistance has led to results in the past, such as the stabilization of the Latin American region, which has blossomed into new markets and is less threatened by instability. He points out the need for continued restructuring programs in the countries that have already seen US intervention, namely Afghanistan, where he emphasizes how the subsequent relief work is as important as the initial military intervention.

The US is one of the world’s largest contributors to foreign aid from a purely quantitative standpoint. Yet, in comparison to its economy, the US is somewhat conservative. Currently, the United States spends less than 0.19% of its GDP on foreign aid, less than some of the major European countries and falling significantly short of the UN’s goal of 0.7% of GDP. As Petraeus points out, “The State Department budget is still less than 5 percent of the military’s — and the number of Foreign Service officers worldwide is less than half the number of soldiers in a single Army division.”

In addition, General Petraeus highlights some of the past successes of investment in foreign aid. Not only that, he pinpoints areas that may need the US’s help in coming years, including Egypt, the Democratic Republic of the Congo and transitional governments such as Libya, Yemen and Mali.

Citizens and activists have long recognized the need for foreign aid; it is a heartening sign that figures as influential as Petraeus are adding their voice.