Cabo Verde is comprised of a group of 10 main islands off of Africa’s northwest coast, separated into the northern Barlavento group and the Sotavento group in the south. Compared with low to middle-income countries, Cabo Verde ranks in the 61st percentile in learning, despite ranking in the 85th percentile in providing access to education. These statistics, however, do not preclude girls’ education in Cabo Verde from further developing its policies to provide young girls with more opportunities than they are given now.

Girls’ Education in Cabo Verde Plagued by a Gender Gap

The policies of the island nation widen the gender gap in education. The gross enrollment ratio for primary education for males in 2015 was at 101 percent while for females it was at 94 percent; of all females that qualify for primary education, only 94 percent enroll. Beyond the low minimum education requirements, many girls have been suspended for pregnancy and cannot resume schooling until after birth.

As only primary education is free and compulsory for students aged 7 to 13, enrollment rates in secondary schools and higher education drop due to a lack of financial and emotional resources. It is not uncommon for young girls to take on menial jobs, as these are the only jobs they are qualified for since they have not completed their education. Moreover, the shameful stigma of teen pregnancy is often a large enough barrier to keep girls from staying in school or trying to continue.

“Tens of thousands of pregnant girls and adolescent mothers are banned or discouraged from attending school across Africa,” reported Human Rights Watch on June 16, 2018. Only recently has this policy been revised, giving hope for a change in these rates. The report “Leave No Girl Behind in Africa: Discrimination in Education Against Pregnant Students and Adolescent Mothers” has urged governments to ensure that pregnant girls have the ability to stay in school or at least be able to return to their studies after childbirth.

Twenty-six African countries have proceeded with the report’s advice in protecting these girls’ education. Cabo Verde has revoked all disciplinary actions against pregnant schoolgirls and replaced them with ones that support their re-entry. There are also special accommodations for teen mothers in school, such as permitting time for breastfeeding and health clinic appointments. These new policies do not guarantee that girls actually return to school, as they are not carefully overseen.

Since 2013, all countries associated with the African Union have adopted Agenda 2063, which focuses on the economic and social development of the continent. With a clear strategy, Africa aims to invest more in education, including “elimination of gender disparities at all levels of education,” according to the official Agenda 2063 document. Additionally, governments are working towards ending child marriage and increasing sexual and reproductive health education, which is the largest factor inhibiting the development of girls’ education in Cabo Verde.

Given Cabo Verde’s high statistics regarding some aspects of its educational system, there is reason to believe that it values progress in this sector and will continue to address the current issues, particularly the gender gap in education. “More than half the population of Cabo Verde is under 22 years of age. There is no way not to prioritize the youth,” Susan Delgado, head of the Cabo Verdean delegation and specialist in the Ministry of Education of Cabo Verde, told UNESCO. Recognizing that girls’ education in Cabo Verde deserves reconstruction, much of the island nation’s development will rely on providing equal opportunities for its youth.

Palau, a democratic island nation located southeast of the Philippine Islands, has made significant strides and commitments to reducing gender inequality over the past two decades. The most significant improvements have been in girls’ education in Palau.

Palau has a population of about 22,000 citizens. In the past, Palau maintained specific gender responsibilities on the island, typically relating to the division of labor and education. Now, gender plays an insignificant role in jobs, with the exception of politics. Despite the island’s ongoing tradition of a matriarchy, women seldom hold national political offices. Governmental commitments to education, however, are increasing.

For a period of time, the percentage of females attending all levels of schooling was higher than their male counterparts. However, since 2012, the percentage of female enrollment in school has been steadily decreasing. Female education statistics are lower than males’, showing female education needs improvement. However, the Palauan government has been proactive in addressing the issues within girls’ education in Palau.

Palau has begun to confront this issue of girls’ education in Palau with programs sponsored by The World Bank, including the Access and Quality in Higher Education Project and Excellerating Higher Education Expansion and Development Operation Project. These projects aim to improve educational learning and access to education.

Measuring Up to Other Countries

The education system of Palau is comparable to the education system of St. Lucia, a developing nation. Both Palau and St. Lucia are island nations struggling with diversity due to the limited resources available in the respective countries. Lack of diverse educational resources has hampered educational progress. It has also been a cause for greater initiatives to further and enhance progress. Like St. Lucia, Palau has a history of gender gaps in education; however, unlike St. Lucia, Palau is working to bridge the current disparities.

Using the U.S. as a Model

Palau’s government and culture have increasingly imitated the trends of the U.S. While this has been key in the structuring of Palau’s government, it has also been used in education. In 1927, when Palau was under Japanese control, a trade school was founded. However, in 1969, just over twenty years after the U.S. took control of Palau, the trade school morphed into the first and only community college on the island. This transition imitates the U.S. dedication to learning and higher education.

The goals for girls’ education in Palau are reachable and realistic because they are intended to improve the quality of education and post-educational hopes for all citizens, regardless of gender. The vision statement from the Palauan Ministry of Education sums this point up, saying, “Our students will be successful in the Palauan society and the world.” 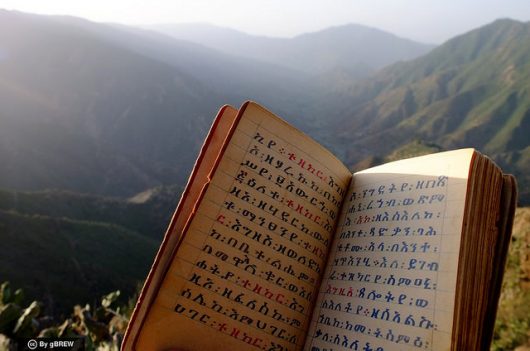 Over the past few decades, one of the international community’s main goals is to ensure all people, regardless of location and gender, have access to at least a primary and foundational education. As the challenges of global poverty and the economy shift with the passage of time, education should be a top priority. For Eritrea, this means not just addressing the educational needs to support a modern country, but also addressing the educational gender-gap between male and female education.

Since Eritrea’s independence, the policy concerning education focuses on creating a knowledgeable workforce to support a modern economy and to fight back against poverty and disease. The country has also noted that its goals include access to a primary education for all children, regardless of gender. To focus on female education and literacy, the National Union of Eritrean Women (NUEW) has been established.

While the government maintains a dedicated stance on girls’ education, the historical legacy of male and female education, juxtaposed with differing cultural attitudes towards women, make female enrollment a slow and difficult process. For many Eritreans in more isolated and rural areas, girls are still expected to work in agriculture and maintain domestic responsibilities. Methods to increase girls’ education in Eritrea should address these cultural attitudes and provide people with viable alternatives to alleviate domestic duties and farming.

The NUEW has made efforts to provide transportation for young girls. Because schools may be far from children’s homes, a method for addressing high drop-out rates and low enrollments is to provide students with bicycles. In a program conducted by the NUEW, among 60 girls given bicycles to reach a school over nine kilometers away from their homes, 55 of them were able to complete their studies. The NUEW also provided families with donkeys and water tanks, so that time could be freed for girls to study and attend class, rather than collect water for their families. These programs focus on saving time better spent on education, and future programs should follow suit.

While Eritrea has not yet closed the gender education gap, it is gradually inching closer to that goal. As the needs of a modern country increasingly demand more educated workforces, the focus on girls’ education in Eritrea will need to include tertiary education. Fortunately, the number of women graduating from universities is already growing rapidly. A decade ago, only 25 percent of university graduates were women. Today that number ranges between 40 to 50 percent, depending on the institution and field of study.

With more attention from the global community and new innovative projects, Eritrea should offer everyone their right to education. With under 50 percent of girls receiving a primary education, much work is still left to be done. 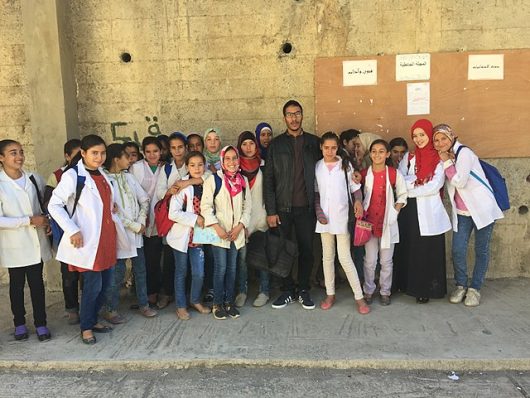 Gender Roles a Barrier to Girls’ Education in Morocco

The idea that women are not seen as equal to men in any facet is not something new in Morocco. This has been a social norm as old as civilization. The woman is seen as the caretaker and custodian of the household while the men provide for the family and work to earn money.

There are many factors that contribute to this situation, such as traditions that favor boys’ education over girls’, the number of young girls forced to work and early marriage. Girls are deprived of the necessary tools needed to succeed in life simply because they are not male. This type of gender inequality is an enormous problem as well as a human rights issue.

In addition, the distance to school for Moroccan girls can be a hurdle compared to boys. According to the Peace Corps, “The further away from the home, it is believed, the greater the girl’s vulnerability, the greater the danger.” Unfortunately, girls are the victims of most attacks due to society identifying them as feeble. Not being given the opportunity to receive a quality education in a country where it is mandatory, is quite saddening when knowing the full extent of girls’ education in Morocco.

Changing Social Norms Are Part of the Solution

Many steps can be taken in order to combat this issue. First, laws regarding gender equality in Morocco need to be better enforced. Morocco guaranteed full equality in its 2011 constitution, but many women in the country believe there is more work to be done to make this a reality.

Another solution is an alteration in traditional practices. It is well known that males are seen as superior in every aspect of society, but a shift in this view would help girls and women. Not only would girls benefit from being treated equally, but this would also cause a domino effect that would influence other parts of the economy and education system.

Education would be affected the most in a positive way. Girls would feel empowered and be more willing to attend school if they are not looked down upon like they are today. Girls would also be able to concentrate and focus more on their studies because they would not have to worry about mistreatment or the possibility of being taken advantage of.

According to Morocco World News, “In terms of urban-rural dichotomy, the situation for women in rural areas remains significantly poorer with rates of illiteracy standing at 87 percent.” In a country where the role of women is becoming increasingly important, why are almost 90 percent of its women illiterate? This verifies a very large gender gap in quality education and will most likely continue if action is not taken.

Whether there will be change regarding girls’ education in Morocco remains to be seen, but when the proper information is obtained and individuals are aware of what needs to happen to see a difference, many ideas and solutions will begin to arise and hopefully end a gender gap in the education system that has been part of Morocco for a very long time.