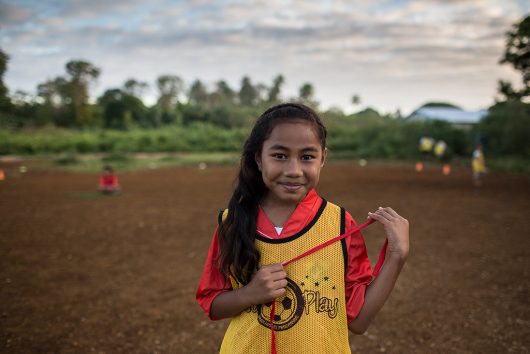 Located off the coast of Australia and New Zealand, Tonga is part of a 170-island archipelago in the Pacific Ocean. The country itself is immersed in a rich culture that is founded on a matriarchal society, bringing benefits to girl’s education in Tonga. The eldest women, usually called “aunties,” have shared power regarding family affairs, including their own choice in marriage. This matriarchal-based society stems from the fact that Tonga‘s royal line is passed down through women rather than men.

Although women in Tonga play a secondary role in their day-to-day society, girls’ education in Tonga is anything but secondary. Girls are exposed to education and modern technology from an early age. All children, regardless of gender, have the opportunity to take part in playgroups prior to preschool. The groups are organized by the Pacific Early Age Readiness and Learning Project (PEARL), whose main goal is to help children learn to read and write before beginning school, as well as help develop skills important to their education. The playgroups are implemented by the community and the World Bank.

Programs like PEARL have had a positive effect on the literacy rate of Tonga, which currently stands at over 95 percent. Education in Tonga is mandatory and free for children ages 6 to 14. Furthering girls’ education in Tonga beyond the age of 14 is not determined by gender, but by financial resources. Queen Salote, who ruled Tonga from 1918 until 1965 and was educated herself, promoted the importance of girl’s education. She helped by paying for school funds during difficult financial times and established a group that advocated education for women.

Despite the matriarchal-based society and the progress that has been made, girls’ education in Tonga still faces challenges. Women in the country cannot own land and have to dress modestly. In addition, girls’ education in Tonga was recently affected by a law issued by the Education Minister, Penisimani Fifita, banning girls from participating in rugby and boxing at public schools.

Fifita stated that it was against Tonga’s culture and tradition for girls to play rugby. However, the state later issued a statement saying that the ban was imposed to give students more time for school. Fehoko Tu’ivai, the girl’s rugby head coach at Tonga High School and President of the Tonga Women’s Rugby Association, stated, “Rugby is one of the oldest sports in Tonga. We have realized that we Tongans were born to be great sportsmen and women, especially in rugby.”

The ban on girls’ ability to play sports because of tradition deprives them of many opportunities. Two-time Olympian champion in shot put, Valerie Adams, is half-Tongan. She expressed the importance of keeping girls in rugby on social media, saying, “Tongan women must be free to choose their destiny, and not be held back by misguided and stubborn misinterpretation.” Tongans and people residing in New Zealand continue to express their disagreement and disappointment with the female-undermining bill.

Despite the setbacks, girls’ education in Tonga is supported by a strong base of literacy-based programs like PEARL and has made substantial progress. If this progress continues, the future is bright for women in Tonga.