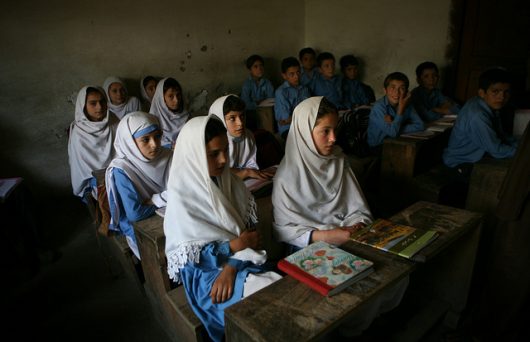 Throughout the years, U.S. organizations and agencies have worked in cooperation with the government of Pakistan and other development partners to establish gender equality in Pakistan. These efforts work to ensure Pakistani women feel empowered to pursue opportunities just as brazenly as their male counterparts.

History: Relations Between Pakistan and the United States

Since Pakistan gained independence in 1947, the United States has provided considerable support in the overall development of the country. The U.S. was one of the first nations to recognize Pakistan as an independent nation.

For more than 60 years, Pakistan and the U.S. have forged a strong, cooperative relationship that has proven to benefit the people of both countries.

In recent years, there have been important advancements in gender equality in Pakistan. Today, Pakistani women are more likely to participate in the labor force and access health and educational services than their mothers and grandmothers would have. Pakistan also has a relatively strong women’s political representation —  about a fifth of parliamentary seats held by women.

The empowerment of women and girls is a critical aspect of any prosperous, democratic society. Female empowerment in Pakistan will not only safeguard human rights but also further international peace and security while establishing a growing, vibrant market economy.

Through the efforts of a combination of many organizations such as the U.S. Agency of International Development (USAID) and the United Nations Development Programme (UNDP) Pakistan is even closer to achieving gender equality.

The Gender Equality Program (GEP) actively works to diminish the gender gap in Pakistan by supporting women’s economic, political, and social advancement. The program helps women become full and active members of their own society by providing access to information, resources and public services.

The GEP also works to change the derogatory societal attitudes towards women in Pakistan. This program educates women about their fundamental rights at home, at work and in society.

Through the support of the GEP, local activities are conducted to expand women’s knowledge of and ability to exercise their rights and obtain justice. The GEP helps women’s shelters provide legal aid, counseling and vocational skills that connect women to potential employers.

USAID also has programs such as the Sindh Basic Education Program and the Improving Education Quality Project to ensure more girls have the opportunity to pursue an education. These programs mobilize communities to increase girls’ school enrollment rates and train more female teachers, which encourages Pakistani families to send their girls to school.

Pakistani women have experienced major improvements in regards to gender equality. The USAID has provided shelter, legal, health and economic support to nearly 40,000 victims of gender-based violence while also committing $70 million to help educate and empower over 200,000 adolescent Pakistani girls.

Although, societal beliefs of traditional gender roles may be difficult to break, raising awareness about women’s rights and supporting pro-women laws is a significant step towards achieving gender equality in Pakistan. 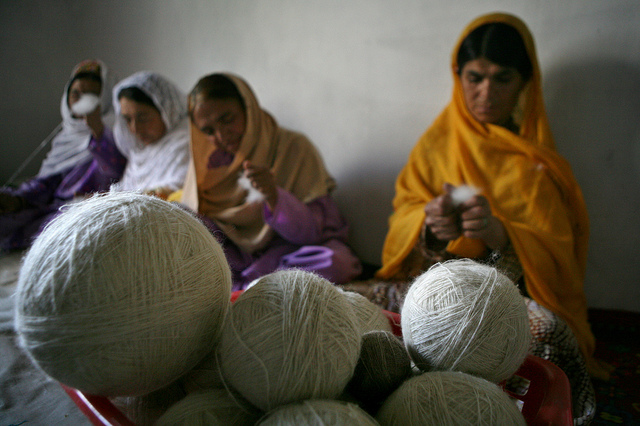 2016 was an important year for women’s empowerment in Pakistan. The Punjab Protection of Women Against Violence Act was enacted with the help of the United Nations. It is the first legislation in the history of Pakistan to provide women with protection against crimes like stalking, domestic violence, emotional and economic abuse and even cybercrimes.

In addition, Balochistan’s Protection Against Harassment of Women at the Workplace Act 2016 was also passed. The province of Sindh adopted a Home-Based Workers’ Policy to ensure fair wages, social security and basic rights for the informal workforce that comprises of millions of women.

However, Pakistan’s ranking for gender equality (130th) is still one of the lowest in the world. Only 22.7 percent of women are part of the workforce, and most of them are in the informal sector with low wages and no legal protection. Women who have been to secondary school make up less than a fifth of its female population. Even though women have about a fifth of parliamentary seats, considerable progress is required for women’s empowerment in Pakistan.

As per the Women’s Economic Participation and Empowerment in Pakistan Status Report of 2016, the three components of participation, resources and agency need to be addressed through political commitment. Pakistan requires an institutional and legal framework such as labor regulations and economic decision making that removes barriers to owning and accessing resources, including inheritance and property.

The Social Action Program was launched to improve basic conditions like primary education, health, sanitation and population welfare. Unfortunately, it has not yielded the desired impact. The health indicators of women in Pakistan are among the worst in the world, with a high female infant mortality rate. 40 percent of women are anemic and the fertility rate is 5.4 per woman. One woman out of 38 dies from pregnancy-related causes.

Several discriminatory laws exist and women have unequal rights to inheritance, termination of marriage, natural guardianship of children and minimum age of marriage. Even polygamy has not been outlawed.

The Hudood law promulgated in 1979 that equated rape with adultery is a black mark on the status of women in Pakistan. This created a situation where women who reported a rape but were unable to prove it are charged with adultery. As per the Law of Evidence 1984, the value of a woman’s testimony is only half as good as a man’s. Women’s empowerment in Pakistan is meaningless in light of the gross violations of their basic human rights.

Last year, the chairman of Council of Islamic Ideology made a proposal that allows Pakistani husbands to “lightly beat” their wives if she disobeys him or refuses to have sex with him. This tells us the real standing of women in the country.

But there is a silver lining here, as this has finally brought about a reaction from the women themselves. Many Pakistani political leaders and journalists came forward and shamed the proposal. The powerful #TryBeatingMeLightly social network campaign has shown that women are ready to fight back against oppression.

To bring about any real change towards women’s empowerment in Pakistan, it is crucial to disassemble the patriarchal values embedded in the societal value system. A low level of resource investment combined with negative social biases that relate a family’s honor to a woman’s sexuality, and more importantly the internalization of patriarchy by women themselves are the obstacles that have to be tackled to bring about gender parity.