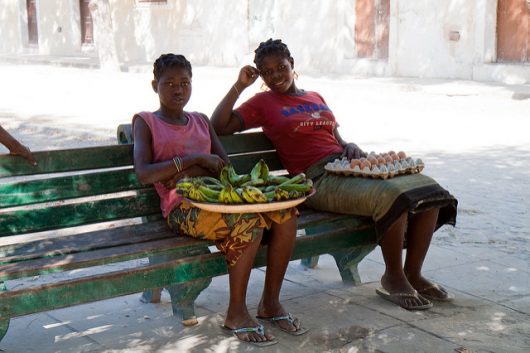 Mozambique, a recently independent and developing nation, is solidifying its identity as a stable environment for education and growth. After its independence from Portugal, many struggled to deal with the changing government, rapid growth and hazardous climate. However, amongst such change and development, a plan for education has begun to empower future generations into action rather than reaction. Organizations like the Gender and Education in Mozambique project focus specifically on girls’ education in Mozambique .

The Gender and Education in Mozambique Project

Another affiliate of the program, Promoting Advancement of Girls’ Education in Mozambique, works to create organizations within schools that provide a support system for girls in school and encourage school involvement.

The aim is to provide educational support in the form of school supplies, and empowerment via scholarships for secondary education. Along with academic support comes emotional support, providing girls with the opportunity to report abuse and harassment and giving an outlet instead of forcing young people to bottle up pain and bullying.

Girls’ education in Mozambique is becoming more of a priority as a topic of education, not just as a focus for the government. PLAN International — a group focused on promoting equal education and more in depth education — has created clubs in which students learn about rights, societal issues and taboo subjects such as sex education.

Both boys and girls are able to join these clubs as they focus on political, social and academic equality. PLAN International also focuses on the need for women to finish their education rather than becoming teenage mothers through a program called the Better Opportunities for Girls project, also known as the AMOR project.

The AMOR Project aims to lower the number of child marriages and teenage pregnancies, which should then allow more girls to complete their high school education and potentially continue on into further schooling. The correlation found between larger areas of poverty and a greater number of child marriages often works to keep girls out of schools and forces them into domestic roles at home.

Action Rather Than Reaction

Mozambique has made significant progress since their independence in 1975 and civil war in 1992, and used their national drive to inspire change, creation and growth. However, there is always more that can be done to end the poverty of a nation.

A starting position for a country like Mozambique is to develop their education, which will in turn, allow women to stream into the workforce and generate revenue. The building blocks for development are in place – now it is time to promote and grow girls’ education in Mozambique.