Tag Archive for: GDP per Capita in Africa 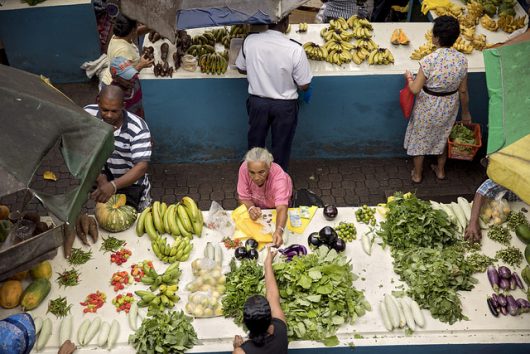 Located in the Indian Ocean just northeast of Madagascar, Seychelles is an archipelago nation of 115 islands. With an economy focused mainly on tourism and fishing, Seychelles boasts the highest GDP per capita in Africa at $15,476 in 2015.

While these numbers are very low, the poverty rate in Seychelles as reported by the government is vastly different from the World Bank data. A 2013 study by the Seychelles National Bureau of Statistics put the poverty rate at 39.3 percent. The large difference is due to using a national basic needs poverty line. This poverty line is SCR 3,945 per month, equivalent to roughly $300 per month or $10 per day.

After an outcry in the country regarding poverty statistics, the National Bureau of Statistics completed a poverty survey on the country’s main island in May and June 2017. The survey focused on four central districts which have the highest poverty rates in the country. The survey revealed housing issues, including a lack of running water, electricity and toilet facilities in some houses. Overcrowding, unemployment and drug abuse were also identified as major issues in the survey area.

The Seychellois Secretary of State for Poverty Alleviation Dick Esparon laid out a short-term intervention plan for the members of the study. This plan includes access to electricity, water, food and hygiene, as well as employment opportunities and social work support.

Moving forward, Secretary Esparon has announced a targeted policy approach to fighting poverty that will be specific to different household situations. In addition, a second phase of the poverty survey will cover five more districts on the main island, with the rest of the country being covered by the end of 2018. Results from the surveys will be combined with the targeted policy approach to create a national anti-poverty strategy which will be used to fight the poverty rate in Seychelles.