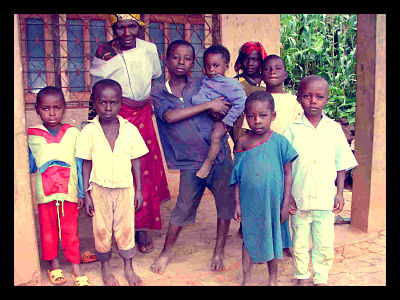 A growing number of children in Cameroon are falling victim to malnutrition. A hospital in Garoua confirmed that in June alone, thirty-one cases of childhood malnutrition came through and six died.

There are several theories as to why Cameroon experiences such high malnutrition rates. Cameroon’s ministry of public health believes that malnutrition is linked to Cameroon’s complex climate. They cite certain regions with dry, semi-arid climates having higher rates of nutritional deterioration in children than in other regions. Additionally, it is believed that the influx of refugees from Chad and the Central African Republic has added an increased strain to Cameroon.

The northern and far northern regions of Cameroon experience the highest rates of childhood malnutrition. Unfortunately, however, malnutrition exists throughout the entire country and not just in the north. This is believed to be due to the lack of food in certain seasons, and in certain regions as previously explained. Cameroon also has a lack of food variety, creating a deficiency of certain vitamins and minerals in many children’s diets.

However, Cameroon’s problem is not food insecurity. The country is capable and does produce enough food to sustain its population, and does not need to import food. Unfortunately, however, poverty is a severe roadblock to battling malnutrition. Poverty keeps a large portion of Cameroon from having access to a varied and balanced diet.

UNICEF has partnered with the government of Cameroon to increase prevention efforts. They have increased their presence at nineteen feeding centers in the country to prevent complications associated with malnutrition. They are working to educate mothers to recognize the signs of malnutrition and to seek medical help when they are noticed. Despite limited medical staff in many regions in Cameroon, it is hoped that the increased effort in prevention programs will work to effectively decrease malnutrition and death rates in the country.