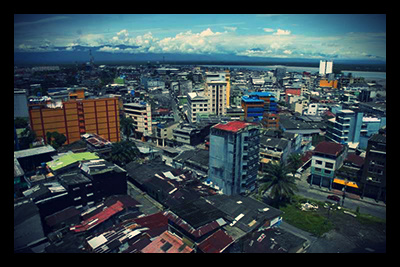 Over the years, Colombia has rebuilt its image, moving past stereotypes of violence and drug lords ruling the country. Yet Colombia is facing setbacks in one of its main port cities, Buenaventura. Over 400,000 people call Buenaventura home, and yet more than 50,000 residents have been forced to leave during the last three years due to a myriad of reasons, including extortion and forced gang membership.

Colombia made efforts to build international relationships such as The Pacific Alliance, a group that attempts to unite Latin American countries like Peru and Chile with Asian countries to further their economic reach. Despite the steps forward, the signing ceremony took place in Cali, Colombia, as far from Buenaventura as possible.

The Wall Street Journal reports that the instability stems from a right wing paramilitary group, the United Self Defense Forces of Colombia (AUC), that vowed to put down their arms a decade ago. This would have served as a peace agreement, but many members struggled to survive and picked up the weapons again to fight for survival.

The citizens of Buenaventura struggle to find solace, with 80 percent of its population living below the poverty line and 30 percent below the rate of unemployment, according to The Economist.

To make this danger more tangible, in late June, Colombian police found another dismembered body in the style of gang “chop houses.” This is the 15th body found in such a mutilated state.

Analysts believe the aggression stems from warring drugs gangs with the intent to control the territory and infiltrate the drug trade between southeast Asia and Central America between the sub groups of the national neo-paramilitary groups “Los Rastrojos” and “Los Urbeños.”

These displays of violence are not uncommon as the people of Buenaventura attempt to quietly avoid the brewing conflicts.

It is unlikely that Colombia will reach any sort of economic and social stability as the gang-related danger continues to brew. The country cannot progress when nearly half a million people are forced to live in fear.

It is an unfortunate reality that children around the world have to endure violence every day. Violence not only physically harms children but it also mentally harms them. Children have the right to be protected against violence, and ending violence against children is possible.

UNICEF is part of a global movement to end violence against children called #ENDviolence.

Children often endure violence by people they know like their parents, other relatives, teachers, caretakers, employers and law enforcers.

Here are a few facts about violence:
1. 41 percent of homicides occur among 10 to 29- year olds each year.
2. Slavery, prostitution, trafficking, child labor and dangerous work are all different kinds of violence.
3. In 2012 there were at least 3,600 attacks on students, teachers and schools.
4. Insults, rejection, isolation, threats and emotional indifference are all acts of violence that mentally harm children.
5. Nearly half of 15 to 19- year olds think it is justified that a husband beat his wife under certain circumstances.
6. 20 percent of women and 5-10 percent of men report of being sexually abused as a child. 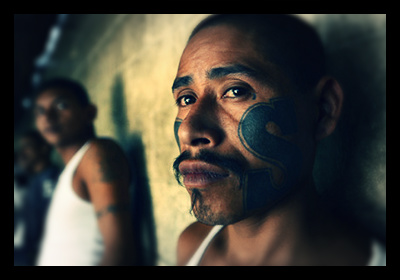 What are some of the reasons behind this gang violence in El Salvador? After having a notoriously high murder rate in recent years, the government of El Salvador started a risky peace agreement after years of repressive anti-gang policies. The truce brokered by the government not only promised a halt in recruiting youth from schools but also promised to establish a “peace zone” within 11 municipalities in the country.

Many people have questioned the efficacy of the peace agreement, claiming that by not cracking down on the gangs they are only going to come back stronger. Furthermore, the gangs have stated that if the peace agreement fails they would begin to kill more people. This kind of pressure from the gangs against the government has only served to fuel more resentment from the public who fear the new negotiating power of the gangs.

The peace deal is also facing opposition from both sides of the political spectrum. President-elect Salvador Sanchez Cerén purposefully remained silent on the truce during the presidential elections for fear that promoting it would weaken his support-base. His opponent in the elections, Norman Quijano of the right-wing Nationalist Republican Alliance (ARENA), had stated he would dismantle the agreement if he won the presidency.

Amidst this surge in crime, Church leaders in El Salvador have called on the government to renew the gang truce. Catholic Bishop Fabio Colindres has stated his desire for action on behalf of Church officials in calling for a new peace deal.