Green was serving multiple life sentences for the rape and murder of 14-year-old Abeer Qassim al-Janabi, the murder of her parents and young sister when he was stationed in Iraq in 2006. Along with four other soldiers, one of whom stood guard, Green sexually assaulted the teenager and then shot her parents, younger sister and eventually Abeer herself.

In an attempt to hide their crime, the soldiers burned her body and blamed the attack on Sunni insurgents, a lie which hid their actions until fellow Private Justin Watt informed a psychologist during health counseling session.While the other four soldiers directly involved in the crime, James Barker, Paul Cortez, Jesse Spielman and Bryan Howard received lengthy sentences in military prisons, most upwards of a century, Green’s sentencing was unique in the fact that the charge came after his honorable discharge from the military due to a diagnosed antisocial personality disorder.

Because of his discharge, prosecutors were able to charge him under a 2000 law that gave federal government jurisdiction to pursue criminal cases against United States citizens and soldiers for acts committed in foreign countries.

According to the Justice Department, the law allows prosecutors to establish Federal jurisdiction over offenses committed outside the United States by persons employed by or accompanying the Armed Forces, or by members of the Armed Forces who are released or separated from active duty prior to being identified and prosecution for the commission of such offenses.

While this law may provide some comfort to victims of the Armed Forces, it does little to address the conditions that may have spurned the crime in the first place.

At the time of the Qassim al-Janabi family murder, the American soldiers stationed near their home lived in a remote area known at the “Triangle of Death,” near Mahmudiha, so christened by U.S. servicemen because of the large number of American casualties.

During an interview with the Associate Press, Green expressed how the deaths of his comrades affected him and “messed me up real bad,” he said.

He dehumanized Iraqis to such a point that “[he] wasn’t thinking these people were humans.”

Green’s crime, conviction and death illustrate an ongoing problem experienced by organizations working abroad. While Green’s assault and killings occurred while employed as a U.S. military employee, his actions not only impact the military but also negatively impact other efforts made by humanitarian organizations operating internationally.

Past acts of military malfeasance have already maligned America’s reputation abroad, a recent example being the U.S.’ subterfuge involving an ersatz vaccination doctor in Pakistan. Under the guise of routine examinations and with the help of a local Pakistani doctor, military personnel verified Osama bin Laden’s whereabouts at the expense of future humanitarian efforts in the country.

Regardless of the merits of their operation, the military’s ruse has unquestionably gravely damaged America’s reputation in Pakistan. Now, World Health Organization vaccination teams increasingly face violent confrontations from Taliban insurgents. As one of the world’s most endemic regions to polio, stunted vaccinations may potentially lead to the virus’s resurgence around the globe.

Government inability to address these issues will lead to even greater repercussions for U.S. and many western-associated humanitarian organizations. While the Military Extradiction and Jurisdiction Act may provide additional security in holding ex-military personnel responsible for their crimes, it does little to address the issues that created, and lead to, his crimes in the first place. Instead of creating laws that punish violent behavior, programs and procedures should be established to prevent potential crimes committed abroad, thereby protecting possible victims and also ensuring that other humanitarian efforts may continue unimpeded. 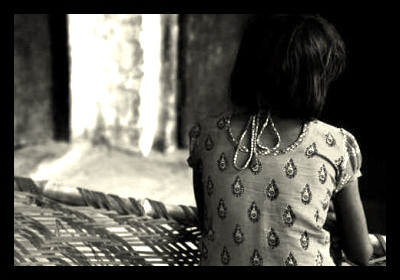 An unidentified young woman in the eastern Indian state of West Bengal was gang-raped by 13 men because of an order by her village’s council on January 20. The rape was a punishment by the council because she had agreed to marry a man of her choosing, Khaliq Sheikh, a village outsider. All 13 men were arrested, including the council’s chief who not only ordered, but also participated in the rape.

After hearing that an outsider had proposed to the young woman, Balai Mardi, the village’s chief, immediately started taking action against the couple. People in the village went to the woman’s house to detain Sheikh, and the next day villagers took both he and the woman to the town’s square and tied them to trees.

Mardi told the couple to pay fines of about $442, and after paying the amount, Sheik was allowed to leave. The woman’s family refused to pay the fine, which is when Mardi reportedly ordered men in the village to “enjoy her.”

She was repeatedly raped in Mardi’s hut, after which he told her that if she or her family reported the rape to the police, her house would be destroyed.

Despite the risks, the young woman and her family went to the police, and all 13 rape suspects were arrested and charged with “rape, wrongful confinement, verbal threats, and assault.”

Meanwhile, the young survivor was admitted to the hospital and is in stable condition.

Expressing a feeling of betrayal, the survivor’s mother states, “The crime was committed by our own people [who] tortured my daughter and dumped her at home late at night.” The young woman asserts that her own neighbors were among those who raped her.

In 2010, in the same region as this recent rape, village elders told a woman to take her clothes off and stand in public for having “close relations” with a man from a different caste.

Sunil Soren, a leader from another village nearby, asserts that people in the region “respect our women a lot,” but that the young rape survivor was “in an objectionable situation” that “pollute[s] the minds of youngsters.”

“In the excitement, some wrong things happened,” Soren states.

West Bengal is 7.5% of India’s population, but in 2012, the area made up 13% of reported crimes against women. This figure could be because of a higher rate of crimes or that the police in the area take rape more seriously.

Village councils are prevalent in rural parts of India, where they enforce strict values and can be involved in choosing partners for marriage. These bodies often discourage marrying outside of the village, partially for fear that communal land claims will be weakened.

Multiple rape cases in the last year have put India in the global spotlight and caused profound anger over sexual violence against women. These crimes have led to changes in law, with 20 years the maximum sentence for rape, and broader awareness of the problem in India. There is, however, little evidence that rape is more common in India than in other nations.

Like all nations, in India, many victims fear reprisals if they report sexual abuse, and this young woman in West Bengal is no exception.

During an interview, a fellow villager and family member of one of the rape suspects said that the woman “is a bad character.”

She continues, “She was going around with this non-tribal man. We told her not to, but she didn’t listen…If she dares to come back to the village, I will kill her.”