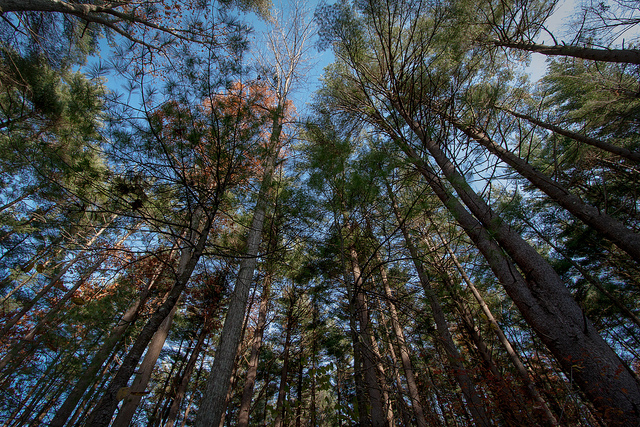 On March 21 of every year, the Food and Agricultural Organization (FAO) of the United Nations celebrates the International Day of Forests.

Forests play a key role in maintaining the water resources and overall equilibrium on Earth. The following are seven important facts about forests as stated by the FAO:

2. About one-third of the world’s largest cities rely on forested areas for their drinking water.

3. Almost 80 percent of the global population is living in area that is threatened by water security.

5. Trees are very important in the climate change arena. Not only do they have a cooling effect on the environment but they also regulate water flow and influence the availability of water resources.

6. Unless conservation strategies are enacted, by 2030, the world will see a 40 percent deficit in water resources.

7. Forests have a vital role in reducing natural disasters such as landslides and avalanches, as well as in strengthening resistance to erosion.

According to the World Wildlife Fund (WWF), “illegal logging accounts for 50 to 90 percent of all forestry activities in key producer tropical forests, such as those of the Amazon Basin, Central Africa and Southeast Asia, and 15 to 30 percent of all wood traded globally.”

In an article on the WWF website, the organization says that increased demand for forests products has brought some financial benefits for poor people living in or near forests. “But there is also evidence to show that usually, poor communities who are completely dependent on forests lose out to powerful interests, logging companies and migrant workers who reap most of the benefits.”

Often poor communities that are dependent upon forests for harvesting wood for fuel for cooking, heating and occasionally for selling lumber lose all control of the forest when powerful outsiders come in and strip the land for the lumber or for agricultural interests.

To combat illegal logging and drive improvements in the forest products sector, the WWF created the Global Forest and Trade Network (GFTN) to help keep track of where wood products come from. It was created in 1999 and now works with TRAFFIC, the wildlife trade monitoring network.

Governments that maintain control of large areas of forests can take advantage of this vital resource by managing forests sustainably, selling the lumber and taxing the products. If governments do not exact control over their forests, Marianne Fernagut writes in GRID-Arendal Publications that the “loss of revenues as a result of illegal logging can cost governments and economies millions of dollars each year.”

In countries where a fair tax system has been put in place, the resources can be used for schools, or other infrastructure. For example, in Bolivia 25 percent of monies made from forest resources is kept by the government.

In another article in GRID-Arendal by David Huberman and Leo Peskett, the authors posit a mostly theoretical framework called ‘Reduce Emissions for Deforestation and Degradation’ (REDD), in which developing countries can be paid to keep their land forested. “Under the United Nations Framework Convention on Climate Change (UNFCCC) regime, substantial amounts of money could be transferred to developing countries: some estimates suggest more than USD 15 billion per year would be available, a figure which dwarfs existing aid flows to the world’s forest regions.”