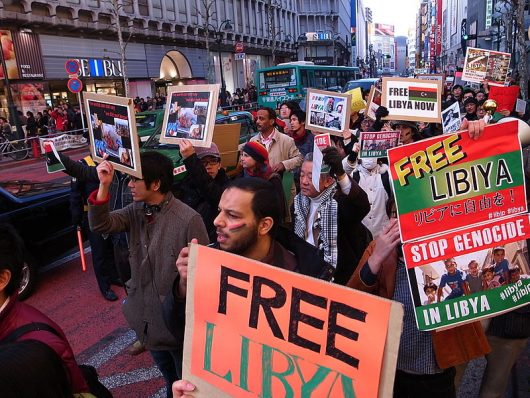 In Feb. 2011, civilians in Libya, inspired by the Arab spring, took part in protests against their government. Muammar Gadhafi has held complete control over power and wealth in Libya ever since overthrowing King Idris in 1969. Civil war in Libya broke out in early 2011 as rebels rose up in response to a police crackdown on protesters.

In 2011, during the civil war in Libya, it is estimated that between 10,000 and 15,000 people were killed. Those killed included civilians, government forces and rebels.

On Feb. 16, 2011, anti-government protests in Benghazi met violent opposition from police. Protests quickly spread to the capital of Tripoli, and more than 200 people were killed. The conflict escalated from Feb. 16 to Feb. 21, on which day Gadhafi made a speech vowing to die a martyr rather than step down.

The conflict drew international interest for humanitarian and economic reasons. Libya has a significant standing as one of the largest oil-producing countries in the world. It produces two percent of the world’s oil supply.

In March 2011, French, British and American forces took action in Libya. More than 110 missiles fired from American and British ships hit about 20 Libyan air and missile defense targets. A week later, NATO agreed to take command of the mission and enforced a no-fly zone over Libya. In October, Gadhafi was found and killed by rebel forces.

Seven years later, Libyans are still feeling the aftershocks of the conflict. According to Amnesty International’s most recent report on Libya, there are now three rival governments competing for power in the country.

The U.N. backs the Government of National Accord (GNA) led by Prime Minister Fayez al-Sarraj based in the capital of Tripoli. The GNA has been unable to enforce authority over the area. The Libyan National Army (LNA), led by General Khalifa Haftar, refuses to recognize the GNA and continues to fight for control of Libya. The rest of the country is ruled by local militias and Islamist groups, including ones linked to ISIS.

The direct humanitarian impact of the civil war in Libya is that hundreds of thousands of people across the country are now living in unsafe conditions with little access to healthcare, food, safe drinking water, shelter and education. An estimated 100,000 people are in need of international protection and 226,000 internally displaced people.

A disturbing development of a slave trade has also become apparent in Libya. According to the U.N. Human Rights Council, Libyans and migrants are being detained and sold in open slave markets. Due to the split governments, no authority is able to stop the human rights abuses.

Civilians in Libya continue to suffer as a result of the conflict. The desire for reform was well-intentioned, but the transfer of power following the death of Gadhafi did not go as planned. The resulting fracture of the country has thrown Libya into turmoil without any indication of ending. 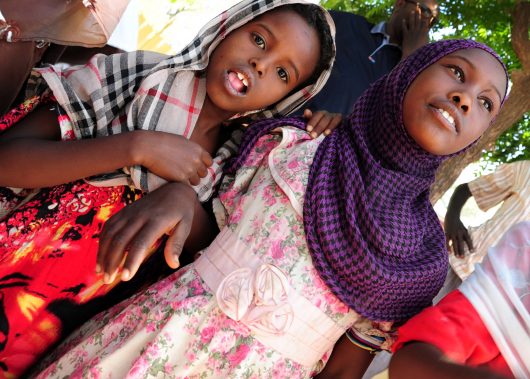 The entire culture of Libya has changed since the very public takedown of Moammar Gaddafi during a long battle in 2011. Since then, Libyans have lived through free elections, the collapse of their government and an ongoing civil war. The women of Libya, in particular, have been affected most harshly. Islamization imposed on a formerly modernized religious culture through news laws puts women’s access to education at risk, along with their general freedom in society. This is what you need to know about the current state of segregated education in Libya.

Education for Women Once Was Better
When Gaddafi led the Libyan government as a dictator, there was no segregated education in Libya. Instead, there was unlimited access for women to attend school at all levels. As a result, the number of well-educated women in Libya is higher than elsewhere in the region. An almost equal number of women (32 percent) as men (33 percent) hold university degrees, and almost 77 percent of female high school graduates intend to pursue higher degrees.

As a result of the country’s increased Islamization, women are encouraged to stay at home. Because of increasing violence against women, this is slowly becoming a reality.

Even Elementary Education Is Affected
Education until the ninth grade is compulsory for children in Libya. Before the civil war, roughly one million students attended school, but this year, with the civil war ongoing, around 297,000 children have been unable to attend school.

Schools are also shutting down at alarming rates, transforming into shelters for persons displaced during the war. The city most affected by this is Benghazi. Those schools that remain open lack electricity for long periods of time and their access to sanitation is also lacking.

New Laws Affect Women in Universities
Segregated education in Libya was made possible in 2013 when a school in Derma built a wall in the middle of a university campus to keep men and women apart.

In that same year, new laws made it harder for women achieve a normal schooling experience. A 2013 fatwa announced that women could now attend a university only if they attended schools that were segregated by gender.

Segregated education in Libya also requires that women dress in accordance with Islamic tradition. All women are forced to wear some form of headwear that covers their hair. In April 2014, Libya made headlines when a woman who attended a university did not wear her headscarf and was harassed and abused by a security guard on campus.

Ultimately, only the Libyan government can make it easier for women to attend its universities. But with newly segregated education in Libya, we can only hope that things take a turn for the better in the near future.