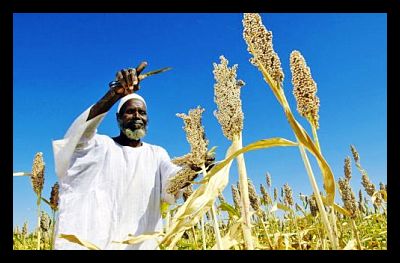 The announcement was made at the Grow Africa Forum in South Africa. Grow Africa is a partnership of the African Union, the New Partnership for Africa’s Development, and the World Economic Forum. It works with eight African countries to engage governments, civil society, and the private sector to advance sustainable agricultural growth.

The Agriculture Fast Track will spur agriculture infrastructure development in countries that are members of the New Alliance for Food Security and Nutrition, strengthening the links from farmers to markets to tables. It will also finance upstream work of project design, including feasibility studies, market analyses, site surveys, business plans, financial modeling, and other activities necessary to ensure project quality and bank-ability by supporting each project with up to $1.5 million. These project preparation grants will ultimately facilitate access to more funding for agriculture infrastructure because banks and other investors require this documentation to issue commercial loans.

The New Alliance for Food Security and Nutrition was launched last year by President Obama at the G-8 summit and includes six member countries: Burkina Faso, Côte d’Ivoire, Ethiopia, Ghana, Mozambique, and Tanzania. The New Alliance matches market-oriented regulatory reforms in these six countries with $3.7 billion in commitments from the private sector in agriculture.

The fund will be managed by the African Development Bank with the USAID pledging $15 million and the Government of Sweden, pledging $10 million, respectively.

Shah said, “Since the New Alliance for Food Security and Nutrition was founded last year, we’ve seen member countries make serious reforms that have led to real progress. The launch of the Agriculture Fast Track allows African farmers to take advantage of these reforms through fast-tracked infrastructure projects that will better deliver their products to markets.”

Carlsson noted, “By targeting the project preparation stage of projects, the Agriculture Fast Track will advance infrastructure projects when funding is most acutely needed to pivot from planning to construction. This targeted approach allows us to catalyze significantly more private sector investments and ensure the highest standards in terms of social and environmental sustainability.”