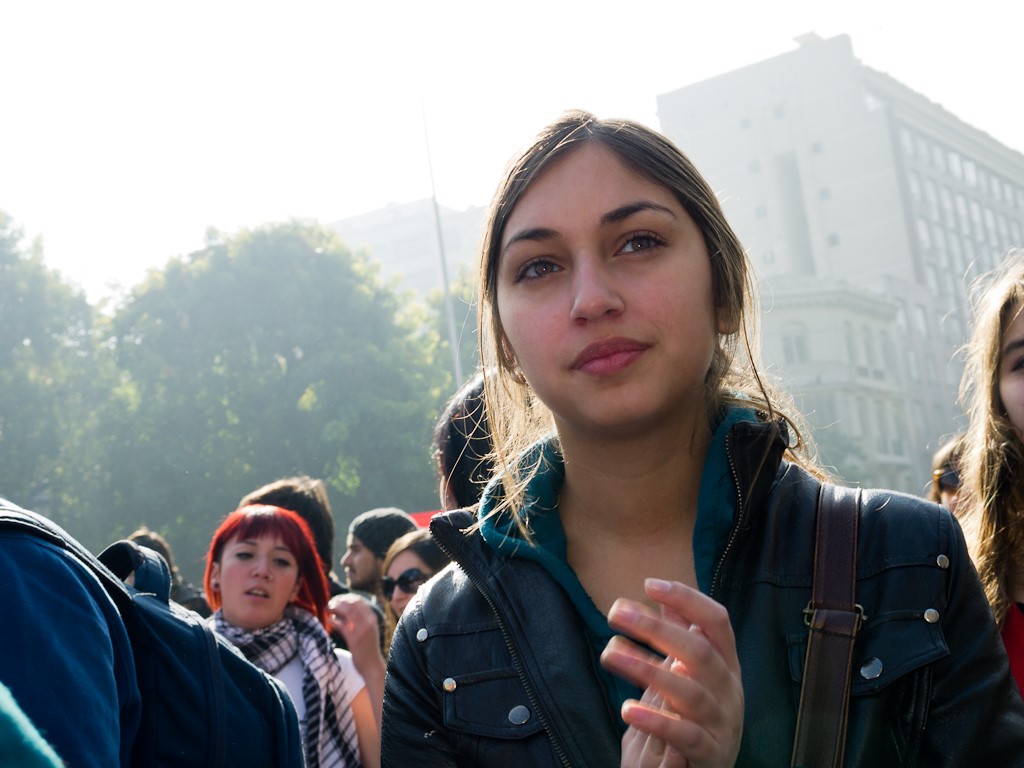 As mobile technologies and the internet spreads throughout the developing world, health care has become a new field for emerging technologies to treat patients from a distance. While the number of online programs and mobile apps has increased exponentially in the past decade, the science to verify their effectiveness has lagged. For this reason, Swiss researchers with Frontiers, a peer-reviewed health journal, studied a series of Chilean intervention technologies to test their effectiveness in treating and monitoring different mental health symptoms in adults and adolescents. The results show that while case studies are lacking in scope and resources to date, initial findings are that e-mental health in Chile is addressing inequalities in mental health access and affordability.

A common misconception of the developing world since the 1990s was that depression and anxiety were conditions unique to the developed world. The Millenium Goals of the United Nations (U.N.) in 2015 made no mention of mental health as a global issue. The U.N. Millenium Development Goals for 2030 now include low-cost mental health as a pillar of development. The belief that poor countries were relatively immune to mental disorders due to their communal living and family-centered life has often inflated this misconception. Experts believed that these strong ties safeguarded poor communities in developing countries from developing mental health disorders. Health professionals, including doctors, psychiatrists and the World Health Organization (WHO) held this belief for most of the 20th century.

However, WHO reported a stark lack of access to mental health services in Afghanistan, Rwanda, Chad, Eritrea and Liberia in a 2005 report. Each country at the time had only one or two psychiatrists nation-wide. Poorer countries spend almost no money on treating mental health in comparison to general medicine. Many still consider access to mental health a luxury in these countries, exposing the socioeconomic inequalities. Prior to this, the World Bank (WB) in 1993 had found that mental disorders were the greatest cause of disability worldwide, including both in developed and developing countries.

According to Tina Rosenberg of The Guardian, the data from the WB in 1993 did not fully capture the influence that depression has on general health in poor countries. The data neglected to take into account how depression and other mental health issues can interact with other illnesses such as its effect on the immune system, remembering to take HIV and other essential medicines or maltreatment of newborns from a depressed parent, for example. Although the debate over mental health has changed since the turn of the century, poor countries still spend very little money on mental health programs or access to treatment.

Psychiatrist Vikram Patel, a Pershing Square professor of global health at Harvard Medical school, stated that the majority of people with mental health disorders require very little counseling to guide them in what he describes as “hope interventions.” In his research in Zimbabwe, he found that there are inexpensive solutions to providing mental health help to those experiencing depression or anxiety. An example he points to is a program that elder community members in Zimbabwe runs. This program sets up benches outside of clinics to engage the public in talking through issues with lay mental health workers. He concluded from his research that mental health coverage in poor countries depends on implementing solutions that were affordable and scalable.

Technology is becoming one of these affordable solutions to address the lack of mental health care. Recent data from WHO shows that 85 percent of developing countries are not getting the mental health treatment they need. The spread of mobile phones in developing countries is a novel solution to bringing a therapist to low-income and rural areas to help bridge the accessibility gap. WHO is now promoting the use of electronic health technologies in its Mental Health Action Plan 2013-2020. Technology also offers a confidentiality element that gets around the mental health stigma in some places so patients can seek help in privacy if desired. Smartphones can also be proactive in monitoring their owners, offering routine check-ins, noticing a drop in sociability, reacting to phone usage and vital signs. Above all, e-mental health has the potential to cut costs as there is no need to travel to see a trained professional.

Although technology seems to be a viable and affordable solution to the gap in mental health services in the developing world, it has so far outpaced the science to back up the claim that it is an effective solution. In an effort to catch up with the science, Swiss Researchers with Frontiers Public Health conducted several mini studies on the effectiveness of different mental health intervention technologies in both adults and adolescents in Chile which the Millennium Science Initiative of the Ministry of Economy funded in its Dec. 2019 publication.

Researchers also wanted to know how to address the inequalities in treatment that are observable between socioeconomic groups. They found that only 38.5 percent of people diagnosed with a mental health disorder received treatment in Chile. This comes in spite of 25 years of progressive policies by the government to support the expansion of health services in the country. Those who received treatment tended to come from wealthier and urban communities, such as the capital city.

Nevertheless, the researchers concluded that internet-based digital technologies that individuals used as interventions could reduce the gap in access to mental health care in Chile. For example, the researchers evaluated remote collaborative depression care programs that can monitor patients who live in rural areas with little support. The results show that the program received a higher user satisfaction ratio at six months of care when compared to traditional care. The program utilized internet and telecommunication training for interventions, while making it clear to participants that a trained profession was available in an emergency situation.

Another case study the Swiss researchers examined was from the University of Chile Faculty of Medicine that conducted a feasibility and acceptability study for depression management among adolescent females with mild to moderate depressive symptoms. The psychotherapeutic tool used was an online adventure video game to score and recognize negative cognitive bias, interpersonal skills, healthy lifestyle skills and behavioral health. Most patients, as well as their therapists, rated the game favorably, indicating that they believed their mental health benefited from playing it. In a similar project, called The Mascayano, mental health providers created a suicide prevention program through an online intervention for adolescents. The format for the technology was both an online platform and a mobile application with a virtual community. The intention was for the program to be informative and interactive for participants as well as identify those most at risk.

Another program, called Ascenso, aimed to monitor patients post-discharge from treatment. It used an online assessment to monitor symptoms on a biweekly basis and provided automatic feedback. Most patients accepted the program favorably and said that the program was easy to use, educating them on depression, teaching them self-monitoring skills and being a generally beneficial source of support.

The Implications of E-Mental Health in Chile

The heterogeneous studies that researchers conducted regarding e-mental health in Chile show that digital technologies have the potential to bridge the gap in coverage for low-income and rural areas through a patchwork of different programs that aim to improve mental health for those experiencing depression and other mental health disorders. Those who participated in the different programs reported a good level of acceptability on par with traditional care, if not better in some instances. This is particularly hopeful for those who live in remote locations of Chile and have limited access to health care but experience mental health issues at higher levels than their wealthier counterparts due to economic inequality or location.

Furthermore, the conclusion of the mini studies suggests that the spread of internet-based technology and mobile devices to a younger, tech-savvy generation has proven to be a feasible method of reaching people living in low-resource areas. The authors of the study project that digital technologies such as these have a larger implication for the developing world as well. They represent an affordable delivery system to reach poor communities with mental health treatment, follow-up, education, monitoring and interventions that may inspire policymakers and stakeholders from other developing countries to invest in their own mental health infrastructure to resemble the early successes of e-mental health in Chile.

Researchers from the Frontiers scientific community recently conducted a study in Brazil to examine the cause of low reading skills in Brazil’s young children. The study tested 106 children ranging from ages six to eight. The study found that poor memory skills are closely correlated with lower reading skills.

The 106 children tested came from a variety of backgrounds. Half of them live below the poverty line, half above. Researchers intentionally split participants this way to determine the impact of socioeconomic status on basic reading skills. After testing the children, researchers found that memory skills had the most severe impact on young readers, regardless of their socioeconomic status.

The testing consisted of 12 cognitive assessments. Researchers were able to determine that memory skills correlate with reading abilities based on the fact that the children who were evaluated by their teachers as “poor readers” scored the lowest on the Working Memory/Cognitive Flexibility sections of the test. The other three components of the assessment were Interference Suppression, Selective Attention and Response Inhibition.

Higher level readers, on the other hand, consistently performed better on the Working Memory/Cognitive Flexibility sections of the test. The difference between high and low level readers’ results were not as significant in the three other areas. Therefore, the examiners conducting the test were able to hypothesize that memory and reading skills are related somehow.

In countries where student to teacher ratios are poor and classrooms are small, the potential for distractions in the learning environment is very high. Children with strong memories and, therefore, extreme concentration abilities can focus on their studies better than students with less cognitive flexibility.

Unfortunately, distracting conditions are common, meaning that some children inevitably will score lower on reading tests. By providing funding to decrease student to teacher ratios and build more functional classrooms, it is possible to decrease distractions in classroom settings which hinder learning in children with weaker memories. By fixing the classroom environment, educators can solve a seemingly un-fixable problem.