Tag Archive for: Freedom of Speech in Taiwan 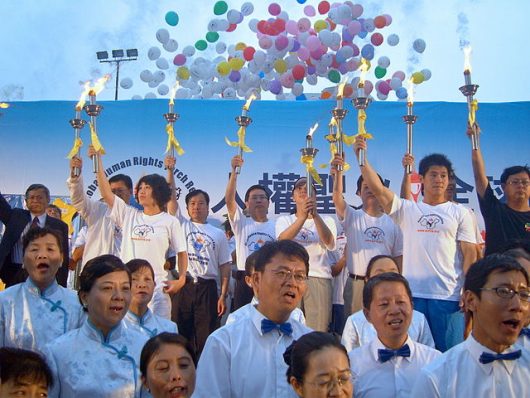 In August 2018, Taiwan was selected to host the Human Rights Forum. The Forum, according to the New York Times, is run by the New York-based Human Rights Foundation and has been held in Oslo every year since 2009. The Human Rights Foundation’s chief strategy officer Alex Gladstein explained that the forum’s goal is to inform activists around the world about Taiwan’s transition to democracy, which is an example of democracy in a Chinese society. As international human rights organizations recognize Taiwan’s unique position in Asia as an advocate for human rights and democracy, it is important to highlight several key facts about human rights in Taiwan.

According to the Taiwan 2017 Human Rights Report, there are no acknowledged instances of torture carried out against accused persons. Furthermore, to address issues of overcrowding in prisons, in June 2017, Taiwan’s Ministry of Justice gave prison inmates the right to maintain jobs outside the prison. The report indicated that 19 inmates had minimum monthly salaries of 690 U.S. dollars of which 60 percent was used as restitution to crime victims. Even more encouraging is that detention centers allowed both government and non-governmental inspections of the prisons. It is also important to note that prisoners have rights to legal counseling.

Also, arrests of individuals require warrants or summons. The report emphasized that all defendants are innocent until proven guilty. Regarding civil issues, an “impartial judiciary” is provided.

Freedom of speech and the press are observed in Taiwan, especially involving internet access. Taiwan also does not restrict academic freedom or cultural events.

In April 2018, the New York Times noted that Reporters Without Borders are going to open their first Asian bureau in Taipei, the Taiwanese capital. They decided to do so after considering, but rejecting Hong Kong. Taiwan’s selection over Hong Kong is tied with increasing pressure from the Government of China to Hong Kong, allowing Taiwan to surpass Hong Kong as the synonym for free speech in Asia.

While Taiwan currently does not offer refugees protection, it does allow its citizens to migrate within its borders, emigrate from, and travel internationally. Such policies are not necessarily permanent, however, as Taiwan offers citizens the rights to elect government leaders through “secret ballot.” Suffrage is given to all citizens, including women.

Taiwan law prohibits rape, especially spousal rape, and domestic violence, but it is important to note that these crimes are often not reported. In addition, rape survivors are given protection in a way that they can endure their trials away from the public eye and the law permits a charge of rape even if the victim chooses not to press charges. This provision is one of the key facts about human rights in Taiwan, as charges for sexual assault can still be carried out, regardless of the social pressures that discourage victims to report. Also, the Sexual Assault Crime Prevention Act allows the use of one-way mirrors, video conferencing, or other practices to protect victims during questioning and trial.

In recent years, Taiwan became the front-runner of human rights in Asia, as seen through its shift toward judiciary reform, freedom of expression and increased protections for sexual assault victims. These key facts about human rights in Taiwan merit activists’ decision to host the upcoming Human Rights Forum and showcase Taiwan’s accomplishments and the path towards achieving even better results in the future