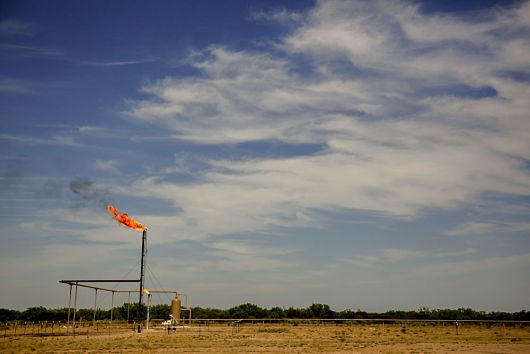 In the poverty discussion, it is easy to forget Mexico. Although less than two percent of the country lives below the international poverty line set by the World Bank, poverty and lack of economic and educational opportunity is very prevalent throughout the country. It is estimated that 42 percent of the population lives in some degree of poverty in Mexico.

Under President Enrique Peña Nieto’s administration, efforts to provide economic and educational opportunities have been made and the country has also instituted universal healthcare during his time in office.

One of Mexico’s newest ambitions is to extract the oil and gas reserves in the Eagle Shale Ford. The massive shale field starts in Texas and runs south along Mexico’s eastern corridor into Veracruz.

According to the Mexican government, the Eagle Shale Ford holds approximately 90 billion barrels of untapped oil and natural gas reserves. This makes Mexico one of the biggest hydrocarbon controlling countries in the world.

Officials believe that the rise of hydraulic fracturing in the United States can be applied in Mexico. Hydraulic fracturing, or “fracking,” involves drilling into shale and blasting a mixture of water, sand and a litany of chemicals against the rock. This fractures the rock, allowing the gas or oil to be extracted.

This method has recently enabled Texas to ramp up oil operations. The state now produces as much oil annually as Mexico does.

The difference between oil exploitation in Texas and Mexico is striking. Texas has over 8,000 wells operating in the shale field. In northern Mexico, there were only 25 by the end of 2014.

Mexico believes it is in their best economic interest to exploit the rest of their reserves. In an interview with Dallas Morning News, Mexican Ambassador Medina Mora said that the development of wells is key to limiting the influence of cartels. “The best way to counteract organized crime is to develop jobs in poor areas, that’s why investment by foreign energy companies is key to our future,” Mora said.

However Mexico’s ambition to exploit these reserves have many barriers. Some areas in the Eagle Shale Ford are controlled by various drug cartels. Foreign companies performing preliminary drilling have been known to pay cartels for access to prospective well sites.

Those same cartels also illegally extract oil from pipelines. Pemex asserts it has lost over a billion dollars in revenue over the past few years due to this.

For some foreign energy companies, this lack of security has kept them away from Mexico. Federal Congressman Javier Travińo of Nuevo León said that states must “get their house in order” if they want international investment.

Despite the day and night differences in security and infrastructure in Texas and Mexico, fracking still raises the same health and environmental concerns.

Fracking is banned in New York, Maryland and various counties and municipalities across the US. It is prohibited in Scotland and Wales as well. These bans were enacted due to the proven environmental and health concerns surrounding the process.

There are 250 chemicals commonly used in fracking. Many are detrimental to mammals, aquatic life and human health. The water and chemical mixture, or slurry, that is left in the ground has been linked to contaminated groundwater. Some chemicals have unknown effects.

The amount of water used for fracking also raises concern. In 2011, the Environmental Protection Agency estimated that 70 to 140 billion gallons of water were used in the U.S. for fracking. For water deprived Mexico, this will be an issue if necessary infrastructure and security materialize.

Mexico has much more lax environmental regulations than the United States. For companies that have made investments, there isn’t much transparency required with the public.

Gabino Vicente, a delegate from a small town at the southern edge of the Eagle Shale Ford, says companies are leasing land by deceiving owners in Mexico. “They take advantage of the poverty and low education levels to gain access to the land. Many citizens don’t even know what fracking is.”

Mexico is faced with a tough choice. There are direct economic incentives to exploit their natural resources. However, the environmental and social costs, which are obscure and delayed, could negate the monetary gains.

Whichever option is pursued, the citizens of Mexico have the right to be educated about this issue. 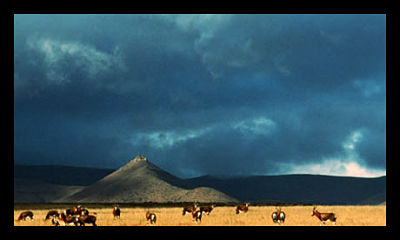 The South African government recently lifted a moratorium on fracking. Results of the decision are raising the stakes for both those for and against the controversial practice.

The Karoo is a beautiful but dry semi-desert stretching from the West coast of South Africa, across a third of the country. The land is ecologically rich in plants and wildlife, but also one of the country’s most economically impoverished regions. Some of the small towns along the highways experience unemployment rates as high as 90%, with welfare grants often a main source of income.

But beneath the surface of the majestic Karoo lies a potential solution to the region’s many economic problems and a source of great interest for energy companies. It is believed that there are large reserves of natural gas within the shale that could be accessed and extracted through hydraulic fracturing—better known as “fracking.”

“Moderately optimistic” figures from the South African government’s Department of Mineral Resources estimate oil reserves of 485 trillion cubic feet, and if just 30 trillion cubic feet were extracted, the potential gain could be about one trillion rand ($115 billion). However, it is not that simple. Fracking is a highly contested practice, and some believe it would destroy the fragile ecosystem and even livelihoods in the Karoo.

Fracking activists, or so-called “fractivists,” have been protesting shale gas exploration in the region since Shell started exploring in the area in 2011, and initially the government appeared to share concern. In April 2011, a decision by the Department of Mineral Resources to place a moratorium on exploration licenses in order to allow more time for a full investigation of the risks involved was endorsed by the cabinet. But the resultant report concluded that fracking could have a “major impact of the national economy” and create “direct employment opportunities” that could number in the tens of thousands.

The results led the Energy Minister, Dipuo Peters, to state, “It would be wrong not to use the resources that God left us with.” The moratorium was lifted in September 2012, and oil companies began preparations to move into the Karoo, raising the stakes of the debate even higher.

With oil companies gearing up to explore the Karoo, time for cultivating awareness is quickly running out. The government is expected to issue exploration rights near the beginning of next year. Following this, the anti-fracking lobby will have 30 days to submit a written appeal to the government.

The ruling African National Congress party seems in no mood to keep talking. Secretary-general Gwede Mantashe announced at the end of last month that moving forward with fracking was non-negotiable for a government keen to kick-start a stagnant economy. South African fractivists may have to take their appeals to the high court.