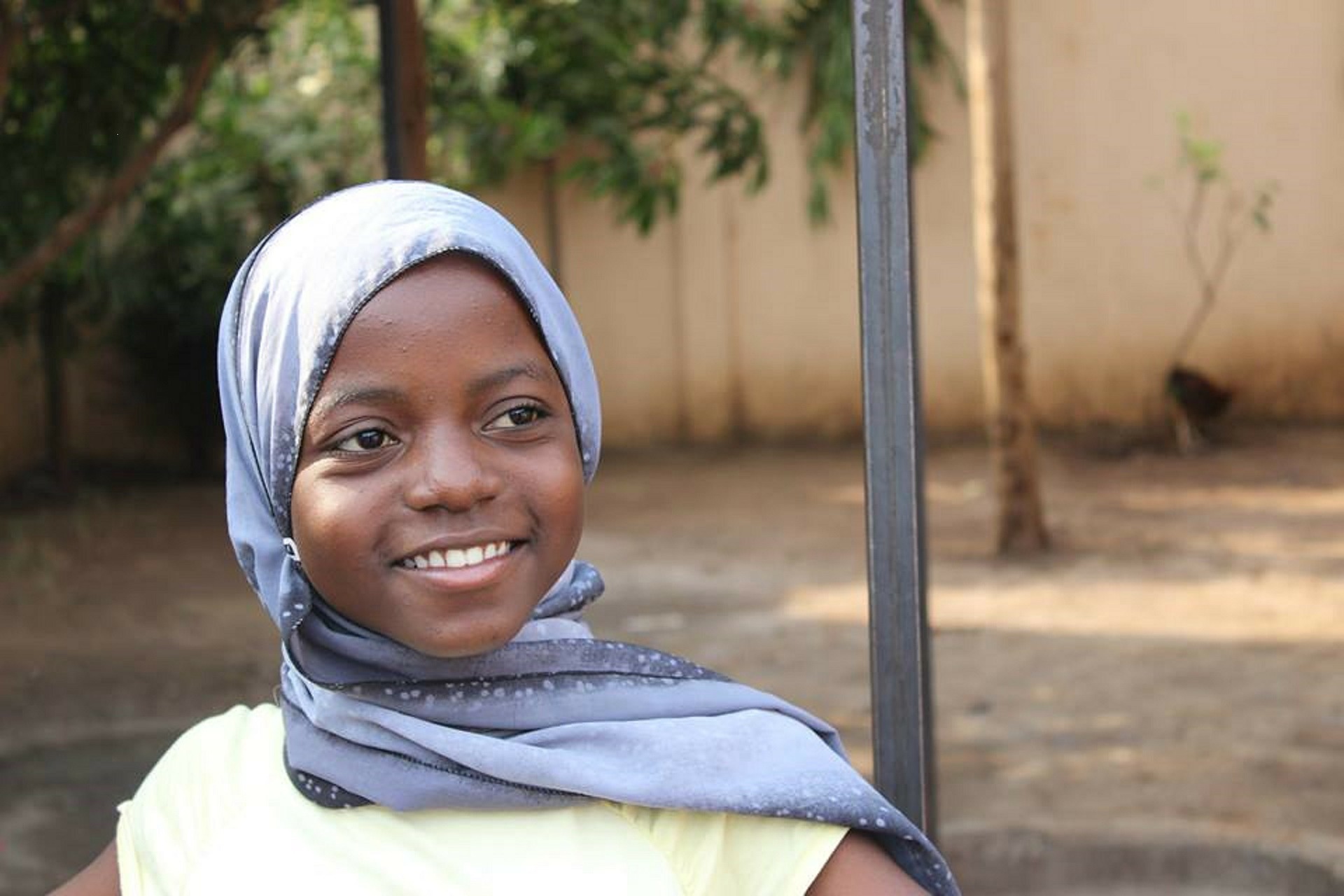 International fashion model Flaviana Matata survived malaria and studied electrical engineering in college. In 2007, Matata was the first-ever Tanzanian woman to compete in the Miss Universe pageant. In 2016, after learning that house paint is often passed off and sold as nail polish in Tanzania, she founded Lavy Products, a nontoxic nail polish company whose products appear online and in stores and salons across Tanzania. As she breaks records and embarks upon entrepreneurial endeavors, Matata has made philanthropy a priority, founding the Flaviana Matata Foundation in 2011.

Matata’s foundation is a nongovernmental organization that supports women’s education in Tanzania. The foundation also helps women establish their own businesses and find employment opportunities.

In Tanzania, less than 56% of children move onto secondary school after completing their primary school education. While the Tanzanian government abolished school fees for primary and secondary school education in 2015, costs such as transportation, lunch and exams still make it three times less likely that students from poor families will attend primary school when compared with children from wealthy families. As of 2016, the poverty rate in Tanzania is estimated to be 26.8%, meaning that more than 13 million Tanzanians live in poverty.

“A lot of kids do very well in school but have to quit or stop because they can’t afford school fees, uniforms or even books—the little things we take for granted,” Matata said in an interview for the Diamond Empowerment Fund, which has helped sponsor many of the Flaviana Matata Foundation’s initiatives.

The Foundation’s Approach to the Gender Gap

Girls are less likely than boys to receive a secondary-level education in Tanzania. The literacy rate for adult women in Tanzania was approximately 67% in 2009. Laws banning child marriage and fee-free education at the secondary level have been important steps toward increasing access to education in Tanzania, but more progress still needs to be made.

The Flaviana Matata Foundation aims to achieve this progress and make education in Tanzania more accessible for women. To date, the Flaviana Matata Foundation has helped over 5,000 students in Tanzania, providing school supplies, improving school infrastructure, adding desks and giving toiletry boxes for girls to use while on their menstrual cycles.

The foundation has prioritized various projects since 2011. The Clean and Safe Water Project, completed in 2018, provides 319 students and teachers with a supply of clean water. The Stationery Back to School Project, completed in early 2020, equipped 304 students with stationery kits to last the academic year. The foundation’s ongoing project, Education Sponsorship for Young Girls, currently sponsors 25 girls from secondary school to college or university age with full scholarships and vocational and educational training.

Matata, whose Instagram following is 1.5 million as of July 2020, regularly shares information about Lavy Products and the Flaviana Matata Foundation online. Her work proves that social media can be used to make a positive impact and combat education inequality. As 24 million girls in sub-Saharan Africa remain unable to afford an education, the Flaviana Matata Foundation’s initiatives continue to play a crucial role in bridging education gaps. 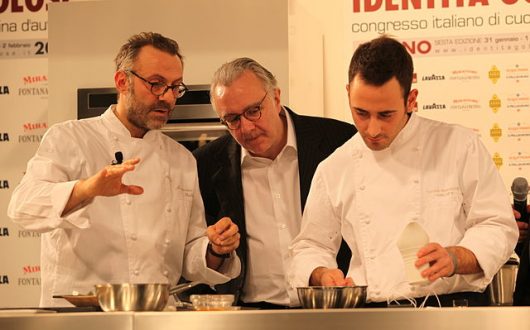 Starting a business is arguably one of the great American dreams conjured in the minds of many. Combining the freedom to be your own boss and the ability to pursue a passion to the fullest lures many to become entrepreneurs. The same can be said for those who want to start a foundation, social enterprise or a nonprofit organization. There are many parallels between a for-profit venture and a nonprofit one, such as possessing working knowledge of laws and creating an organizational structure. Perhaps the largest difference comes in the core mission; nonprofits work with their communities in mind rather than their pocketbooks.

So how do you start a foundation? NOLO.com explains that incorporating, similar to starting a for-profit business, is an initial and crucial step. Next comes filing for nonprofit status with the federal government, specifically the Internal Revenue Service (IRS). A piece from Entrepreneur makes it clear that while filing for this special tax-exempt, 501(c) 3  status is made easier with help from an attorney, individuals can complete the process themselves.  Hurwit & Associates, a Newton, Mass. law firm that specializes in nonprofit law, provides the filing requirements for each state. Additionally, there are professional services like legalzoom.com that specialize in helping potential entrepreneurs start their firms and offer an easy three step process wherein they complete and send the nonprofit paperwork to you. The cost is highly agreeable versus hiring an attorney and starts at $99.

Obtaining 501(c) 3 status is contingent upon completing IRS Form 1023 and can be a difficult process. NOLO contends that the best time to file that form is “…within 27 months of the date you file your nonprofit articles of incorporation.  If you file within this time period, your nonprofit’s tax exemption takes effect on the date you filed your articles of incorporation…”  The 1023 Form itself is made up of 11 parts in which you disclose the full structure of your venture.

Entrepreneur, advises from Jeff Hurwit of Hurwit & Associates for the next step, “The foundation must be governed by a set of bylaws…provisions for the organization’s governance and board selection process, general decision-making, required meetings and conflict-of-interest policies.  GrantSpace.org provides a good collection of bylaws information and samples.” The following steps involve being very selective and discerning in who to award foundation money to and building a strong board of directors. The board might ideally be composed of individuals who are considered experts in their field and therefore would lend credibility to decision making and the overall donation and award process. Last, the organization must practice good money management to remain viable and sustainable.  This includes strong fundraising efforts.

Chris Guillebeau, entrepreneur and New York Times bestselling author of The $100 Startup: Reinvent the Way You Make a Living, Do What You Love, and Create a New Future, contends that following one’s passion can be done today with very little money. Speaking to Forbes, Guillebeau explains his experiences meeting fellow entrepreneurs who began with little planning and startup cash, advising young people to take a chance and follow their passion. Specifically, he advises specifying ideas, acting now, networking heavily and committing to growth.

Going into business for oneself or starting a foundation are nearly synonymous at their inception. Both involve paperwork, commitment and proper management in all phases. With a plan, a little cash and unwavering passion for a cause, getting a venture off the ground is definitely something doable for anyone. 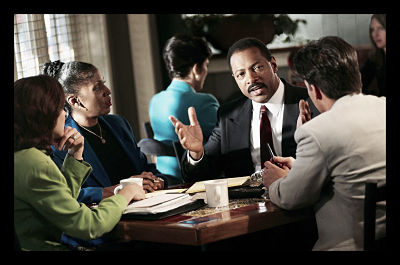 How to start a foundation? For those wanting to do some good in the world, one might consider starting a foundation to help the fight against global poverty. A foundation is a nonprofit that supports other charities and causes by funding their operating costs or by giving out grants. Donations are given to a foundation from various groups, individuals, and businesses. An anti-poverty foundation could, for instance, use donations to fund the projects of other humanitarian organizations or to give as scholarships to students who have bright ideas to change the world. Does creating a foundation seem like a rewarding challenge? Here is what’s important:

Decide on Private or Public: A private foundation usually receives funding from only one place, either a specific business, individual, or family. Inversely, public foundations must have their income source coming primarily from public donations. Public foundations generally have fewer governing restrictions.

Devote Time and Effort: A foundation takes just as much work as running a business, so there needs to be passion for it to stay afloat. There will be administrative duties and other menial tasks that seem to take away from helping the anti-poverty cause. For instance, when starting a foundation, one must create a set of bylaws that lays out the details of how the organization will be run. They should include things like conflict-of-interest policies and the board selection process. These duties can’t be avoided if one wants a sustainable, successful foundation. Stay focused on the cause!

Find the Right Board Members: When recruiting board members for a foundation, it is best to get talented people from a wide variety of groups and backgrounds who are passionate about ending global poverty. The reason for this is that it will expand the foundation’s support base to a much larger population than if the board all came from the same professional or social group. Having a diverse board will open up the foundation to much greater networking opportunities and a wider set of innovative ideas.

Be Responsible with Money: Make sure to keep clear bookkeeping records of how all money is spent in the foundation. Record all administrative costs, where each grant goes and how much is awarded, and any other expenses of the organization. One wouldn’t want the foundation shut down because it was careless with donor money.

Figure Out Funding Criteria: A foundation should set up clear expectations for what it wants from applicants in order for them to receive awards. Decide on important criteria such as grant application deadlines, the amount the foundation will award, and what kind of programs the foundation wants to fund. Be as specific as possible.

Once the foundation has all of these fundamentals down, it’s time to have fun and focus on the most important part- fundraising and awarding grants to support anti-poverty efforts. Good luck!