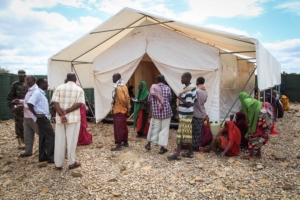 Prior to the last decade, getting medicinal aid to poor countries in Africa was a challenge due to the high prices of disease-fighting drugs and the negligence of the pharmaceutical companies of the world, but there are some pharmaceutical companies changing global health care. Some drugs that helped combat deadly diseases like HIV, malaria and tuberculosis could have cost up to nearly $15,000 a year. The pharmaceutical companies in the past were more concerned with making a profit rather than saving the world’s poor. However, an incredible turnaround has occurred during the last decade and now as many as 20 million Africans have access to drugs and medicines to fight HIV, tuberculosis and malaria for as little as $100 per year.

Pharmaceutical companies began changing global health care about a decade ago when they experienced international backlash for their disregard for the struggling healthcare systems of the world’s poorest countries and their inability to combat diseases such as HIV/AIDS and malaria. This led to countries similar to South Africa legally suspending drug patents which allowed for small national companies in South Africa to begin producing cheaper alternatives to the highly expensive mainstream HIV drugs. Pharmaceutical companies dropped their lawsuits after the international backlash and instead decided to compete in these poor countries.

The best way for many pharmaceutical companies to remain competitive in the global health care market is to cut their prices and sub-license their patents to generic drug makers. Price cuts have allowed for more than 400 drugs to sell cheaper than ever in Africa. Sub-licensing allows generic drug makers to temporarily have access to patents that pharmaceutical companies created, allowing them to cheaply and effectively create about 30 HIV/AIDS and Hepatitis C drugs over the last decade.

The most recent way that pharmaceutical companies are changing global health care is with the creation of Sanofi Global Health and their new brand Impact. Sanofi launched its nonprofit branch Sanofi Global Health in 2021 and dedicated its efforts to providing drug distribution and better healthcare implementation in the world’s poorest countries.

One of the most significant elements of Sanofi Global Health is Foundation S, which can fight childhood cancer in the poorest nations in the world, as well as increase health care access to populations that changing weather patterns most affect. The grandest aspect of Foundation S is the dedication to providing 100,000 free vials of treatment for patients with lysosomal storage disorders (LSD) every year.

The Most Significant Impacts

Sanofi Global Health just announced its new brand Impact on July 4, which promises to be one of the most influential announcements of the decade in terms of pharmaceutical companies changing global health care. Sanofi and Impact will target the poorest and most vulnerable regions of the world, providing 40 of the lowest-income countries with 30 Sanofi drugs and medicines. Among the medicines include insulin and treatment for tuberculosis, malaria and even cancer.

The Impact project also includes a fund for aiding startup companies in these poor countries so that the companies can one day provide sustainable health care within their own nation. This fund supports technical and financial applications of healthcare company innovation while working closely with other nonprofits to train healthcare professionals and increase investment in the healthcare industry.