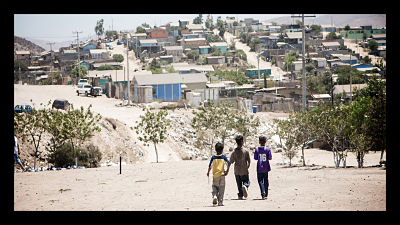 Founded in 1952 as a domestic organization, the Foundation for Cooperative Housing (FCH)  built homes for people in need. In the 1960s, FCH spread its model to Central America, working with native communities to meet their housing needs. By the 1980s, FCH began working entirely internationally and shifted the focus from housing to other community needs, such as sanitation, health, and food safety. In 2012, FCH changed its name to Global Communities to acknowledge, not only the changes in the international realities of the twenty-first century but, the core intent of the organization to empower local communities towards change and economic development.

Global Communities operates according to four core values: being genuine, committed, connected, and purposeful. Accordingly, their mission is “to be a catalyst for long-lasting positive change in low- and moderate- income communities around the world, helping them improve their social, economic, and environmental conditions. Our reputation is built on the strong relationships we have with the communities we serve – engaging and involving them throughout the development process to keep control and ownership in their hands.” Global Communities ‘areas of expertise’ include: economic development, infrastructure and construction, governance and urban management, civil society and capacity development, global health, humanitarian assistance, food security and agriculture, working with women and youth, and micro-, SME, and housing finance.

Global Communities is funded by US government bodies, international development agencies, corporations, major foundations, loyal supporters and even the private sectors of the local communities where they operate. Although individual corporations and organization may find it difficult to effectively disburse aid, Global Communities brings all of this funding together to create more effective programs. Most importantly, Global Communities’ spends less than 10% of all aid on administrative and fundraising expenses, an extremely low rate among international NGOs.

Additionally, Global Communities works towards ‘capacity building,’ or improving a country or community’s ability to meet its needs effectively. The most effective capacity building takes place when local knowledge is combined with outside expertise to find innovative solutions which were once unavailable, if not unimaginable, to the community. Hence, Global communities operates utilizing 95-100% of local staff on any one project. The expatriates are not always American, but more often than not, regional experts. Throughout the course of the project, the local staff become trained expatriates for the region or the country at large and are capable of spreading their knowledge to nearby communities. As the local capacity is built, the number of outside experts are downsized and the projects are run entirely by regional or national staff.

After more than 60 years in the field, Global Communities is a knowledgeable and effective organization working towards more than just community betterment. According to chairman Robert A. Mosbacher, “…growth of private sector investment presents a powerful tool to lift people out of poverty. It is an opportunity that needs to be understood and seized. If those of us, who want to see stable, peaceful world economies and a reduction in poverty simply rely on the traditional donor-recipient framework of foreign aid, we will miss a great opportunity to make a difference.” Ultimately, Global Communities sees more than just helping communities out in a time of need – for the organization, it is about developing sustainable communities which will thrive as emerging economies.