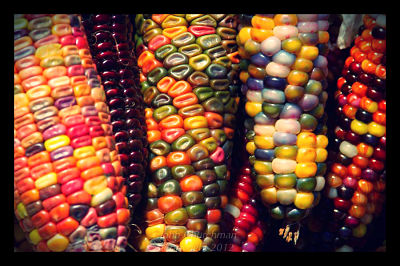 This article does not intend to imply that genetically modified organisms (GMOs) are a positive step toward the future across the board. Biotech giants such as Monsanto spit out “herbicide resistant” plants that have unpredictable and largely untested side effects on both the general population and on the environment. But what if GMOs were used in a responsible way? Or, better yet, in a way that could increase crop yields and provide more nutrients to people without access to an adequate food supply? Turns out, they can.

Dietary micronutrient deficiencies, such as the lack of vitamin A, iodine, iron, or zinc, are a major cause of morbidity and mortality across the globe. The best way to avoid such a deficiency is through a diet of varied fruit, vegetable, and animal products. The Golden Rice Project realizes that this is not a reality for much of the world. Founded by the Rockefeller Foundation, the project aims to make provitamin A (beta-carotene) and zinc more available in the diet of those living in developing countries around the world. A strain of rice is injected with the vitamins, turning the grains yellow and giving the project its namesake.

In addition, an Israeli biotech company plans on converting their groves of eucalyptus trees into the world’s new source of energy, replacing fossil fuels for good. FuturaGene envisions massive plantations of GM eucalyptus trees spreading across Brazil, South Africa, India, and China. They would be modified to grow 40% faster for use as paper, as pellets for power stations and as fuel for cars. The company is very cognizant of the overwhelming opposition to any GMOs, but especially to those planted in as large quantities as their proposition. To address these concerns, they are seeking certification from the Forestry Stewardship Council (FSC) and back organizations such as the WWF.

Purdue University researchers are now finding away to genetically modify poplar trees in a way that will actually help the environment. The researchers plan to plant transgenic poplars into a contaminated former oil storage facility near Kokomo, Indiana this summer. The transgenic trees have been shown to be capable of absorbing trichloroethylene, or TCE, and other pollutants, which they then convert into non-harmful byproducts.

Perhaps the agricultural revolution that the world’s been waiting for actually will be carried in the hands of responsible, progressive-minded scientists through genetic engineering.