Tag Archive for: Foreign Aid to the Maldives 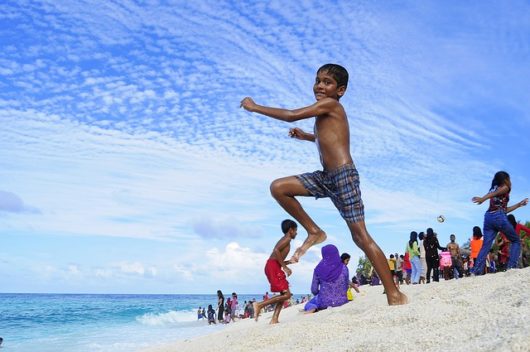 The Republic of Maldives is a prime example of a nation that has seen tremendous development and a transformation in the quality of life over the last half-century. Formerly among the least developed countries in the world, the Maldives has achieved upper-middle-class status with one of the highest life expectancies at birth worldwide. These 10 facts about life expectancy in the Maldives demonstrate the achievements of the cooperation and efforts of many sources:

10 Facts About Life Expectancy in the Maldives

Progress in health and sanitation, as well as investment and aid from international NGOs, have enabled Maldivians to live 40 years longer than they would have two generations ago. As a Small Island Developing State, however, Maldives faces threats from climate change. These 10 facts about life expectancy in the Maldives show incredible progress, yet it is unclear whether the nation has now achieved the self-sufficiency to meet these challenges without further international assistance.