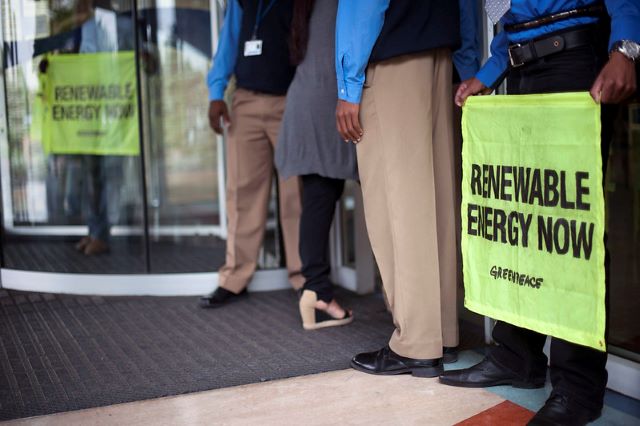 Despite having the 33rd largest economy in the world, South Africa ranks among the top 15 countries worldwide in greenhouse emissions, both total and per capita. Currently, the country mostly relies on coal for energy. However, the last decade has seen frequent and lengthy power outages that have convinced South African cities and companies to search for alternative energy sources. South Africa’s transition to solar has already started and both companies and cities strive to be less reliant on the national power grid within the next 10 years.

The automotive industry is one of South Africa’s largest sectors, consisting of more than 13% of all exports and employing over 100,000 people. The Silverton Ford factory is among the country’s largest, employing 4,300 people. Due to the unreliability of the power grid, Ford announced its new solar project, named “Project Blue Oval” on November 14, 2020. Ford, in partnership with SolarAfrica, will install a 13.5 MW solar system that will supply about 30% of the plant’s power. It will contain more than 31,000 solar panels and provide coverage for more than 4,000 cars, making it the largest solar car park in the world. Ford will also install other green energy systems in the coming years, with the goal of being completely carbon neutral and off the grid by 2024.

South African cities are also transitioning to solar energy. City governments cite the sometimes weeks-long power outages as concerns and worry about the steadily rising cost of electricity. Currently, Eskom supplies most of the country’s power through coal power plants. Eskom is by far South Africa’s largest polluter, accounting for 40% of the country’s greenhouse emissions. Both the Cape province and Johannesburg have plans in place to move away from coal energy. The Northern Cape will complete a photovoltaic solar plant in 2023 capable of producing electricity for roughly 75,000 homes. Johannesburg has not yet committed to a specific plan for a solar or other green energy plant but has expressed interest.

Eskom is currently in $30 billion of debt and the large-scale transition away from the electricity provider will threaten Eskom’s financial stability even more. Eskom has announced on November 8 its goal to be carbon neutral by 2050. This will threaten the livelihoods of the 120,000 people who work at its 15 coal plants so the transition will be intentionally slow to lessen economic hardship.

The agriculture industry is also starting to shift to solar energy. The periodic blackouts affect farmers’ abilities to freeze goods and irrigate crops, among other issues. Power from the grid is also expensive. Sun Exchange is a major player in bringing solar power to farmers across southern Africa. Its funding model of providing free equipment and installations while profiting off the energy usage allows agribusinesses to immediately lower energy costs by 20%. The market for solar energy in agriculture strong. GreenCape, a nonprofit green energy advocate, expects yearly solar market growth of 10% as companies like Sun Exchange continue providing low cost, reliable energy to farmers.

The Future of Solar Energy

The rise of solar and green energy in South Africa has less to do with environmental concern and more to do with issues of cost and reliability. Even energy giant Eskom will eventually switch over to renewable energy in the coming decades. South Africa’s transition to solar energy could make it a leader as the world slowly starts moving to green energy.