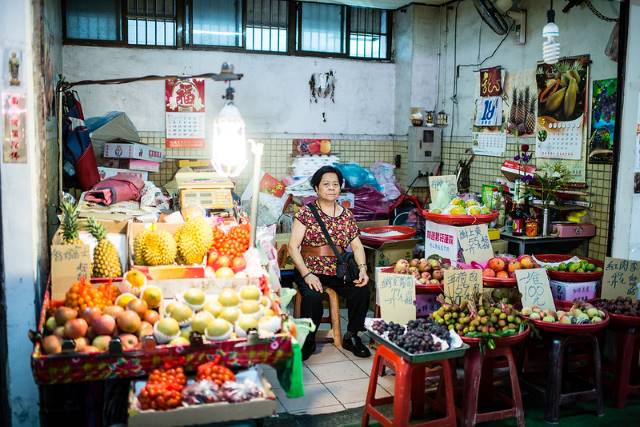 Taiwan is an independent island nation off the coast of mainland China. The democratic nation of Taiwan has struggled since gaining its independence in 1949 with a political divide over its sovereignty as its economy remains dependent on an already strained connection to China. With a population of over 23.7 million and only 1.5% living in poverty, Taiwan’s GNI per capita is estimated to be over $29,500. While hunger in Taiwan only affects a minuscule proportion of the population, the small country has taken impressive steps in alleviating global hunger, while implementing food waste and distribution solutions to assist its citizens facing hunger.

As an isolated island with the average citizen wealthy enough to make selective consumption choices, Taiwan’s food supply chain relies heavily on imported goods. In 2018, Taiwan imported $4 billion in agricultural goods. Taiwan’s food self-sufficiency rate is estimated to be only 30%. The Taiwanese president, Tsai Ing-wen, has committed to raising the nation’s food self-sufficiency rate to 40% during her term. Ing-wen and other government officials are working in conjunction with Taiwan’s Council of Agriculture to promote the consumption of domestically produced food and to bolster food stockpiles, which already contain 28 months’ worth of essential food items.

Taiwan produces an estimated 16.5 million tons of food waste. Taiwan implemented a fee on all other forms of waste and recyclables almost 20 years ago but has no fee for food waste. With Taiwan’s urban population booming and arable farmland declining in availability, the environmental, national security and economic costs of food waste have risen to the top of the political agenda. Taiwan plans to build several anaerobic biological treatment centers for food waste in the coming years and privatizing the food waste economy to create financial incentives for companies, yet these steps are only the start of a much needed long-term solution.

Data from Taiwan’s 2018 National Agricultural Congress showed that 1.8 million Taiwanese are underfed or lack food security. Despite a poverty rate of under 2%, hunger in Taiwan affects 7.8% of the population. In 2007, that percentage was only 3.6%. The rapid increase sparked government initiatives to reduce hunger in Taiwan. In 2019 alone, the government announced a nationally-funded food bank’s opening, expanded healthcare for agricultural workers, passed The Agricultural Wholesale Market Management Regulation and the Food Administration Act. The new resources and legislature aim to stabilize food prices, protect rural populations and improve data collection of the relationship between food waste and hunger in Taiwan.

In addition to taking steps to minimize hunger in Taiwan, its government has emerged as a strong contributor to providing global hunger aid and solutions. Taiwan’s Ministry of Foreign Affairs provides hunger relief through programs funded by it’s International Cooperation and Development Fund. Through this funding, Taiwan supports The Horticulture Project in the Marshall Islands, which promotes agricultural education development. Taiwan also worked with Action against Hunger in 2019 to improve refugee living conditions in parts of Asia and Africa, improving food accessibility for over 12,000 refugees. That same year, Taiwan launched rice donation programs to supply almost 10,000 tons of rice in Jordan, Mongolia, Namibia, Guatemala and South Africa.

Moving forward, as its government pledges to address hunger in Taiwan, perhaps even stronger efforts can be made by the Taiwanese to reduce global hunger. While Taiwan grapples with innovative approaches to reducing food waste and alleviating domestic hunger, it continues to set precedent for global hunger relief efforts.