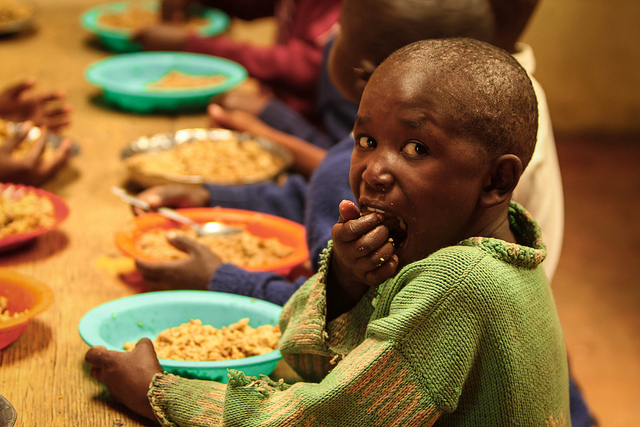 In distressed communities, the poor often find themselves in situations where there is very little food, caused by issues such as war zones, natural disasters or a lack of healthy, sanitary markets. There are many different organizations that continue to aid in food delivery in developing countries in some of the most oppressed areas. Although these only offer temporary solutions and the main goal is to help the vulnerable learn how to grow their own sustainable, healthy foods, these organizations are there to help in the most urgent times of need.

Action Against Hunger a Pioneer of Food Delivery in Developing Countries

Action Against Hunger is possibly one of the most well-known and longest running food delivery programs working abroad. Founded in 1979, Action Against Hunger has been distributing food to countries such as Liberia, Guatemala, Bangladesh and Lebanon. Its efforts began with a French group responding to crises in Afghanistan.

Action Against Hunger has many different programs to ensure the safe delivery of food. Its most notable programs include the Nutrition and Health Program, which treats malnourished children and boosts child survival. Through research and special screenings, Action Against Hunger can easily pinpoint the most extreme cases and the children who are most at risk of being harmed by starvation.

The Food Security and Livelihoods Program addresses the lack of nutritious foods that plague areas of poverty. The program enables vulnerable societies by improving their access to food, income and the economy. The Food Security and Livelihood Program educates small-scale farmers on how to increase food production and how to store and market their crops. Action Against Hunger considers each area’s specific needs and includes activities that help boost the local market.

In addition to responding to emergencies, this program also helps establish long-term solutions to continue fighting hunger. In times of violence or drought, Action Against Hunger helps communities replenish their food sources. Through the Food Security and Livelihood Program, Action Against Hunger also creates strategies such as small business assistance and veterinary services.

In 2016, Action Against Hunger improved food security, income and livelihoods for 2.6 million people in some of the most vulnerable situations around the world in countries such as South Sudan, Malawi and Iraq.

World Food Program USA tackles the issue of hunger by asking the question, “Why are people hungry?” and discovering the root causes behind hunger, such as poverty, conflict, natural disasters, climate change, lack of food access and lack of proper education. To help combat these specific situations, World Food Program USA has many different programs for food delivery in developing countries.

WFP’s School Meals Program provides food assistance to school-aged children in areas where school is often their only source of nutritious food. It provides school food assistance in countries such as Sudan, Tanzania, Bolivia and Mali. In 2016, WFP helped feed 16,404,640 children through school meals. More than 76,500 schools received assistance through WFP and 60 countries participated in the program.

WFP’s Emergency Response Program delivers food to war zones in countries such as Syria, Yemen and Iraq, along with natural disaster food delivery. Through these programs, it works with national governments, private sectors and civil society partners. WFP utilizes telecommunications systems to correlate relief and recovery on the ground.

Although many programs only provide temporary solutions to ending hunger, the most pressing issue is to ensure that those who have no other means are provided with their most basic needs: food, water, hygiene and a safe place to live. Through food delivery in developing countries, Action Against Hunger and World Food Program USA have not only helped combat starvation and malnutrition, but their programs have helped people in impoverished areas learn how to make, handle and market food, which will have a lasting effect on their livelihoods and generate a sustainable way of life for the future.