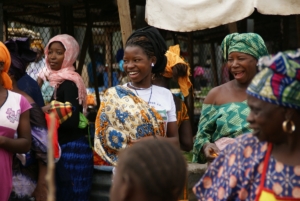 Africa’s recent growth in online technology has allowed the continent to join in on a new, digital economy. There are an estimated 264 start-ups in Africa as of January 2020. Currently, these e-commerce startups in Africa are active in at least 23 countries and are projected to expand into the rest of Africa.

The Importance of E-Commerce

The growth of e-commerce in Africa opens the door to new jobs. By 2025, Africa could see as many as three million jobs emerge from digital markets. These jobs would focus directly on online marketplaces, online services and other byproducts of economic activity.

Moreover, this new market will allow rural communities access goods that were previously inaccessible, helping establish the continent’s growing consumer class. According to the UNCTAD, Africa’s number of online shoppers has increased by 18 percent every year since 2014, six percent higher than the world average.

While e-commerce in Africa generates greater consumer gains, the young entrepreneur also benefits from this emerging market. Particularly, it opens the door to new revenue-generating jobs.

Although the future of e-commerce in Africa is bright, there are challenges blocking this booming market. Most of these are logistical. For instance, many countries in Africa lack proper national address systems. This complicates the delivery of purchased goods. Additionally, road conditions are less than ideal for deliveries. Deliveries are often delayed or canceled due to traffic jams, resulting in a loss of revenue.

Another significant challenge comes in the form of weak internet connections and an overall lack of trust in internet payment. Africa’s internet penetration rate falls at a median of 41 percent, meaning that less than half of the continent has internet access. For those who do, the absence of consumer protection makes it difficult for consumers to pay in any way besides ‘cash on delivery.’ Additionally, only 10 to 15 percent of those living in Africa have a bank account. As a result, 90 percent of online purchases are paid in cash. This, coupled with a lack of trust due to a history of scammers, complicates the success of e-commerce in Africa.

Solutions to E-Commerce Issues in Africa

Some large e-commerce players are taking steps to improve the road networks and overall infrastructure in Africa. Companies, like Jumia and Zipline, are implementing techniques in drone delivery to combat these logistical challenges. Further, Safe.Shop South Africa, a new trustmark, has worked to increase trust between consumers and online stores. Safe.Shop allows e-merchants to be verified by lawyers against South African laws and the standards of the trustmark. Once verified, the e-merchants carry the trustmark as a guarantee that their business is legitimate.

The Future of Africa’s E-Commerce

Although Africa still faces logistical challenges, the future looks bright for the continent’s role in e-commerce. The World Economic Forum supports the UN’s statistics regarding the increase of jobs by 2025. As of September 2019, the WEF created an agenda for the future of e-commerce in Africa.

This agenda highlights that seven growing internet populations are found in Africa, giving e-commerce the support it needs to grow throughout the continent. With this in mind, the WEF calls for entrepreneurs, negotiators and regulators to work together to build e-commerce in Africa. By joining forces, these actors are aiming to create jobs across the continent and to increase Africa’s presence in the global economy.

Overall, e-commerce is positively impacting Africa’s economy and infrastructure. The work being done to help standardize addresses, increase internet access and create better road networks is helping increase the continent’s standard of living. In turn, these changes are creating new opportunities for those living in Africa.