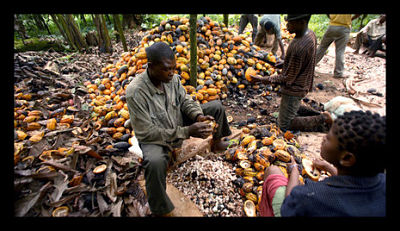 Initial support for reforms to food aid came from both parties. It turns out everyone believes money for food aid in emergency situations should go to feed people. The problem comes when determining how that aid should work and where it should be spent. President Obama has introduced reforms to policy dating back to the Eisenhower era, but the food aid reforms have hit trouble in Congress.

The discussion is focused on whom the US should buy food in emergency situations.  Currently, the US purchases food from US farmers and ships it overseas. Reforms to food aid include using money allocated to purchase food from overseas farmers. The US is currently one of the only major food-producing nations that still ships its food overseas rather than purchasing food directly from poorer farmers.

The money involved is around $2 billion; US agriculture is expected to bring in $128 billion of profits this year, making this a small amount in comparison. For poor farmers around the world, it is life-changing. It allows farmers in developing nations to improve their crops and continue to produce and sell their goods. This amount also would help prevent food insecurity, a source of unrest in many nations. Food insecurity is often accompanied by other insecurities as well.

Nigeria’s Minister of Agricultural and Rural Development, Akinwnumi Adesina, is a major supporter of the reforms. The money would help Nigeria continue to promote national security and help farmers grow economically. The Obama plan would shift the $2 billion spent on food aid to the USAID and allow them to use it to purchase food overseas.  Farmers would get a subsidy for at least the first year to replace some of the lost profit. In addition, 55% of food aid dollars will still go to American farmers.

Food aid reforms are long overdue and a key to promoting global development worldwide. They are also a key step in helping the US keep nations secure and conflict at a minimum. The reforms will help countries like Nigeria shift away from food dependence to food independence and become growing, thriving economies.