Tag Archive for: Focus on Land in Africa 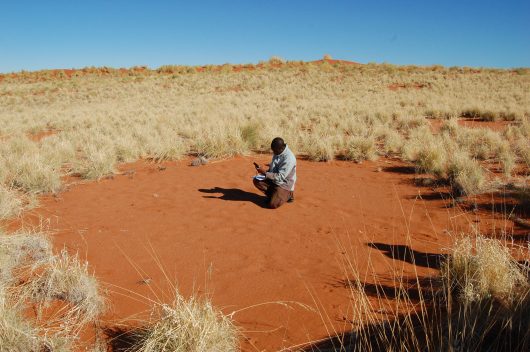 Since becoming independent in 1990, Namibia has seen steady economic growth, increasing at an average rate of 4.3 percent in the past five years.

However, the country suffers from steep income inequality and poverty rates. Currently, 29.9 percent of Namibians are unemployed, 27.6 percent of households live in poverty and another 13.8 percent live in extreme poverty.

Of a population of 2.2 million, 70 percent are estimated to live in rural areas with limited access to health care, electricity, food and other resources.

According to Focus on Land in Africa, a research group that studies development in the continent, these economic and social imbalances are consequences of more than a century of German colonization and South African apartheid occupation.

Another lasting effect is the unequal access to land in Namibia for those who are not considered elite. Although the country has 820,000 square kilometers of land and a small population for its size, the region’s weather patterns and topography make for some uninhabitable parts, concentrating the population into certain areas.

In 1990, the white minority which made up less than 0.5 percent of the population owned almost all commercial land in Namibia. Shortly after becoming a sovereign state, the government of Namibia introduced comprehensive land reform to alleviate land access inequalities.

Decades later, unequal access to land in Namibia continues to be an issue, Brigadier General Paul Nathinge of the Namibian Defense Forces warns could be a security risk for the country.

“Namibia is experiencing a serious problem associated with land in terms of housing and resettlement,” Nathinge told New Era. “The majority of the population are for the expropriation of the white-owned farms, which are believed to have been forcefully acquired by the colonisers […].” Nathinge added the government has thus far been unable to resolve the housing crisis for the middle and lower class in urban regions.

Individuals and groups alike have called for the government to prioritize poverty and housing relief in legislation. Nathinge warns of the dangers of public uprisings, class conflicts and racial wars in the name of equality.

He says such extreme measures make Namibians more vulnerable to manmade disasters, both internal and external. A main concern for the country is foreign aggression from developed countries in the form of an economic and military takeover to take advantage of Namibia’s abundant natural resources and geographical features.

Current land reform in Namibia centers around the redistribution of farmland, land rights registration on communal land and land title provisions in urban areas. The Namibian government is working towards redistributing at least 15 million hectares of commercial farmland to previously disadvantaged Namibians by 2020.