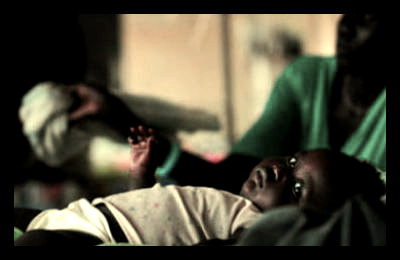 In 2011, a group of researchers published results in the New England Journal of Medicine suggesting that the Western method of treating shock leads to a higher mortality rate among African children. Despite these findings, the WHO has yet to revise its shock treatment process- potentially risking the lives of thousands.

For decades, seriously dehydrated patients in Europe and other developed countries were treated with large quantities of fluid in a 15 minute drip known as a bolus. Until the 2011 trials, this practice had never been tested in a clinical setting. Named the Fluid Expansion As Supportive Therapy (FEAST), the trials enlisted over 3,100 African children suffering from shock and tested the effectiveness of bolus-treated patients versus non-bolus treated patients.

Put shortly, out of every hundred children treated, more than three died from the bolus treatment than those who were rehydrated more slowly.

Possible explanations for the perceived discrepancy between African and European success rates include better hospital facilities in Europe, access to ventilators, and the increased severity of the cases in Africa. Until a similar trial takes place in a developed country, doctors will not be able to definitively explain continental differences.

However, as Sarah Boseley reports in The Guardian, the WHO 2013 edition of the Pocket Book of Hospital Care for Children still lists a 20 ml/kg bolus as an acceptable method of shock treatment.

A recently published paper in the British Medical Journal expressed concern that the number of children meeting the WHO’s standard definition of shock “might expose substantial numbers of children to harm.” Based on the known number of children along the Kenyan coast treated for shock ranging in the millions, the BMJ believes continued rapid fluid resuscitation treatment could produce “hundreds of thousands of excess deaths.”

As a preeminent leader in global health and safety, the WHO’s actions directly influence the lives of millions. Their continued use of a highly questionable practice reflects poorly on the organization, and postponing a response only weakens their influence in the developing world.