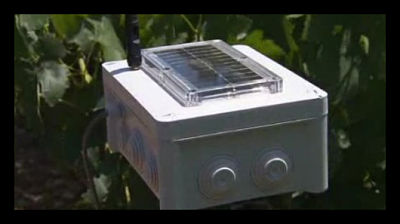 As the world population continues to shoot upwards, pressure increases on the environment and farmers across the globe to provide enough food and water to support the growing population. With droughts becoming more common, efficient methods of utilizing water in agriculture could make a significant impact in the access to food and water for the world.

The Farm Level Optimal Water Management Assistant for Irrigation Under Deficit, or FLOW-AID, brings researchers, engineers, and scientists together together to develop innovative new technologies to improve irrigation methods with the purpose of saving water. Their latest project maximizes water usage by decreasing the need for water use by up to 60 percent and simultaneously lessening fertilizer usage up to 30 percent.

FLOW-AID provides water-saving technology, which uses inexpensive wireless detectors that run on solar energy and give data to farmers about which areas of the crops need more or less water. This practice not only maximizes the efficiency of irrigation, but also improves plant health by producing the exact amount of water needed.

Farmers in Lebanon, Jordan, Turkey, Italy, Spain, and the Netherlands currently utilize FLOW-AID technology. These test countries were chosen partially based off the varying natures of their climates, to determine how to adapt FLOW-AID to meet the different environmental needs of varying regions. Developers of FLOW-AID state that the technology is prepared to handle even the dryer climate of many nations in Africa. They have also pledged to keep the cost of the technology low enough for developing countries to adopt.

According to the United Nations, over 780 million people exist without any access to clean water, and 2.5 billion lack properly sanitized water. The number or people suffering from hunger and undernourishment falls around 870 million people based off the United Nation’s data, mirror the number of people without access to water. With creative technology, such as FLOW-AID, the world could maximize its resources and gain access to more food and water, working to reduce the strains on society from the world’s burgeoning population.