Tag Archive for: Florence and the Machine 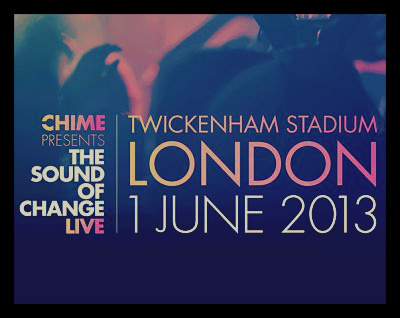 Chime for Change is throwing a huge concert that will elicit large crowds because of the musical artists performing. Those who have the privilege of attending The Sound of Change concert on June 1, 2013 in London will see and hear performances by Beyonce, a member of the Chime for Change founding committee, John Legend, Florence and the Machine, Ellie Goulding, Iggy Azalea, Timbaland, Laura Pausini, and Rita Ora.

However, the driving force behind this concert is not the showcasing of musical talents or putting on a great show but rather raising funds and bringing attention to problems plaguing women globally, especially in the areas of health, education, and justice. In between the musical performances, attention will be directed towards women’s issues and personal stories of women across the globe. In addition to drawing attention to the issues,the Chime for Change organization and Gucci are ensuring that all proceeds from ticket sales are given to nonprofit organizations that are helping empower women.

Chime for Change is an organization founded by Gucci that brings together the voices of women across the globe to create discussion and raise funds and awareness for girls’ and women’s empowerment. In bringing this concert to London, as well as broadcasting it online for people all over the world to view, Chime for Change is putting girls’ and women’s issues on a world stage. Discussion of these issues are sure to occur as the result of this concert, which is one of the main points of the Chime for Change campaign. According to Ariana Huffington, an advisory board member of Chime for Change, as well as the Editor-in-Chief of The Huffington Post, the organization “brings together a range of voices, from women’s advocates and experts to business leaders and philanthropists” working to make girls’ and women’s issues a top priority.

Mixing fashion (Gucci) and charity work seems to be a winning combination. The Sound of Change concert will surely draw a large crowd and bring issues plaguing  girls and women everywhere to the front and center.