Tag Archive for: flooding in Niger 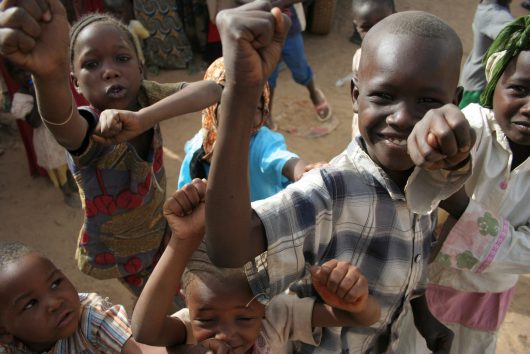 Niger is known as one of the poorest countries in the world. According to the World Bank, 45.5 percent of Nigeriens live on less than $2 a day. With the highest birth rate in the world, averaging 7.4 births per woman, the growing population struggles to feed and educate its people without humanitarian aid to Niger.

This African country, located on the edge of the Sahara, is prone to major climate-induced hardships such as extreme droughts and floods. These affect economic growth, agriculture and cause major food shortages, something this already impoverished country does not have the means to deal with properly.

Flooding of the Niger River

The most recent heavy rainfall, between early June and late September, triggered flooding in all eight regions of Niger. These floods have resulted in at least 56 deaths with more than 194,000 affected by the damage. With 22,200 acres of crops, 700 wells and 16,000 livestock ravaged by the floodwaters, the Niger population along the Niger River, and Dosso particularly, were displaced and in hardship.

The Niger government deployed personnel to flood-affected areas to respond to efforts and distribute food to communities. The humanitarian needs, however, pushed the government into overdrive, calling upon international assistance for humanitarian aid to Niger.

Humanitarian Aid to Niger from USAID

In response, USAID and the Office of U.S. Foreign Disaster Assistance provided $50,000 to support the distribution of emergency relief supplies, including shelter materials, to affected people in Dosso and Niamey. This is not the first time USAID has been called upon to assist Niger. According to the organization’s website, “USAID/OFDA continues to support the U.N. Humanitarian Air Service (UNHAS) in Niger, providing nearly $1 million in FY 2017 funding for UNHAS operations in Diffa.”

For the approximately 50,000 people that were affected by the torrential rains and floods from the Niger River, the Government of Niger, with the support of USAID, is working to find sustainable solutions to recurring floods. As part of these efforts, they have created a protective dike that should defend about 30,000 people from floods in several of the city’s neighborhoods.

Niger and USAID’s partnership is providing life-saving humanitarian aid to Niger in a courageous effort to assist this nation and pull it out of its many hardships. With more support like this, there is a chance Niger can ascend from its impoverished status.