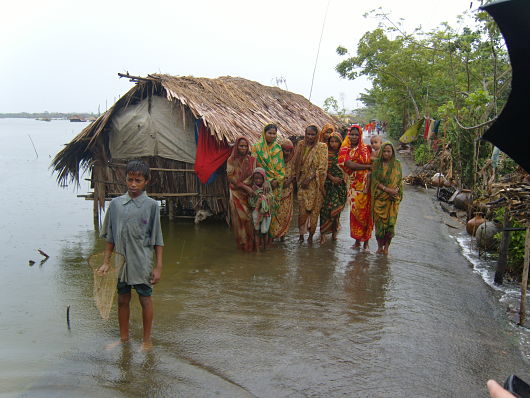 Within the scientific community, it is a foregone conclusion that developing coastal nations with lowland geography are the most susceptible to impending climatic changes. Bangladesh has recently begun to see these effects with sea levels rising and more frequent and intensified weather conditions. Being situated in Southeast Asia, the country is already susceptible to monsoons, landslides, hurricanes and natural flooding. These factors present an alarming set of natural environmental implications.

This is especially true for a country where a quarter of the land area is less than 7 feet above sea level. Bangladeshi scientists have estimated that by 2050, 17 percent of the country area will have been submerged. This would displace roughly 18 million people and, in turn, significantly cut the country’s food supply.

Bangladesh is one of the most densely populated and underdeveloped countries in the world. The country has roughly a fifth of the land area of France and contains a population of about 166 Million. This has resulted in an incredibly high population density at 755 persons per km. This set of circumstances poses a serious problem for almost all current climate projections and estimates.

As flooding increases and sea levels rise, there is simply not enough arable land to sustain a country of over 160 million people. The country’s economy is mostly agrarian-based and many residents are subsistence farmers. The floods have completely destroyed many of the county’s rice crops which are a staple of the Bangladeshi diet and crucial for many farmers’ livelihoods.

Historical data shows that floods have increased in frequency, intensity and duration since Bangladesh’s independence in 1971. This past summer, flooding in Northern Bangladesh left half a million people displaced and homeless. The two main rivers of Bangladesh, the Meghna and the Brahmaputra, rose to dangerous levels and completely flooded 14 of the country’s 64 districts. Being displaced from their homes, people sought refuge in makeshift shelters, and in some cases, schools.

In response to these conditions, Bangladesh has initiated a National Plan of Action and National Climate Change Strategy. The programs have begun a process of dredging rivers, raising levees and pumping water to compensate for increased flood conditions. The programs have also focused on creating early warning systems and have built over 2,500 concrete storm shelters. Almost 6,000 km of embankments have been constructed in efforts to combat heightened flood conditions. Additionally, 200 flood shelters have been built as well as almost 5,000 km of drainage channels meant to redirect the flow of floods.

These measures have made a significant impact on short term disaster safety. In 1970, before any sort of emergency response infrastructure, Cyclone Bhola killed an estimated 550,000 Bangladeshis. This stands in comparison to 200 casualties during Cyclone Aila in 2009. While the latter was still a disaster of immense proportions, the disaster preparedness and response measures were clearly evident and effective in terms of saving lives.

In 2013, emergency measures were once again tested when tropical storm Mahasen broke Bangladeshi shores. An estimated one million people from 13 coastal districts were evacuated north to shelters and fortified locations. This was accomplished through a procedure of government alerts, notifications and by collaboration of thousands of volunteers.

A statement by the UN Office for the Coordination of Humanitarian Affairs read, “While tropical storm Mahasen reached the coastline of Bangladesh on Thursday weaker than anticipated, the preparedness work undertaken by the Government and humanitarian partners saved countless lives.” This provides further evidence that the disaster mitigation protocols have been effective.

However, being a developing nation in an increasingly dangerous climate, Bangladesh is still relying upon developed countries and NGOs to jointly make changes in both emissions standards and practices. Acute response tactics can certainly provide temporary solutions for saving lives and crops, but measures with a long term focus are necessary for a solution to a much greater global issue. 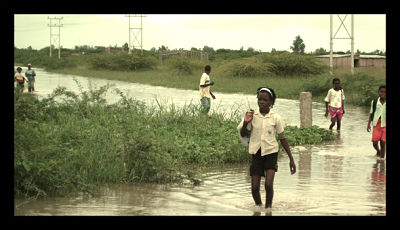 This past January, Mozambique experienced massive flooding which took the lives of 70 people, left hundreds homeless and impoverished, washed away bridges, and left little soil to grow corps. This was the worst flooding in 13 years.

“I helplessly watched all my cattle disappear into the red sea of rushing floodwater while our family house was collapsing, leaving us with the clothes on our backs,” said Rofina Mathe, a mother who lives off sustenance farming. “Now we are wondering what the future has in store for us.”

The Climate Investment Funds’ Pilot Program for Climate Resilience (PPCR) has provided funding to Mozambique in the amount of $91 million. PPCR is helping Mozambique prepare for future extreme weather. The hope is that the money will go towards enhancing infrastructure that will help the people of Mozambique be more prepared when a flood occurs.

PPCR efforts aim to upgrade 7 meteorological stations and 52 hydrological stations this year. By 2015, the number of stations should increase to 35 and 71 respectively. There will also be policies to enable hydrological and weather data, as well as allow information to be shared among agencies and farmers. Furthermore the funds will go towards improving the early warning systems that warn locals about coming floods.

Since the floods, the government has increased the amount of Climate Investment fund money allocated to developing flood protection efforts and improving hydrological and meteorological services to $15 million from $10 million. The Norwegian government is providing an additional $4.5 million.

“It will be a big step (towards) climate resilience. We are moving towards investment where we want to prove that climate resilience is achievable,” said Xavier Chavana, coordinator of the program at the Ministry of Planning and Development. “The funding is coming at the right time because people will learn and be able to deal with climate change.