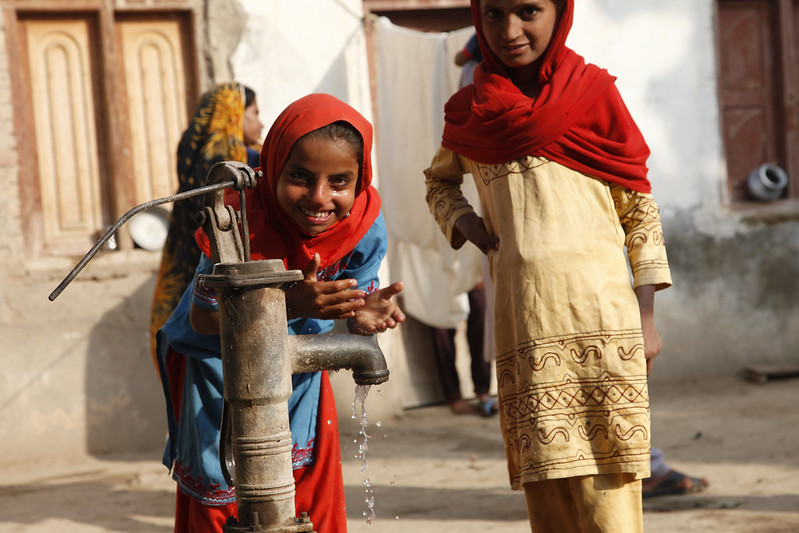 In 2022, Pakistan experienced severe, unprecedented flooding. Floods submerged fields, crops and villages underwater and completely destroyed homes and public buildings. While the flooding in Pakistan has devastated the country as a whole, it has had an especially severe impact on children. Currently, UNICEF estimates there are about 10 million children in need of lifesaving support as a result of the floods.

Pakistan’s monsoon season began in June 2022 and has impacted all four provinces. As of November 18, 2022, the floods had affected more than 33 million people, killing close to 2,000 people. Previously, in 2010, Pakistan experienced another period of severe flooding. The situation then warranted a significant international response. At that time, the flooding was thought to be the worst there had ever been but the Center for Disaster Philanthropy reports that Pakistani authorities say that the flooding of 2022 surpasses the 2010 situation in severity. Further reports estimate that more than 20 million people need aid as a result of the flooding and that multidimensional poverty could increase by almost 6%. Additionally, the flood crisis in Pakistan has affected the food security of millions, killed more than 1 million livestock, damaged large percentages of rice and cotton crops and displaced almost 8 million people.

As of early January 2023, the flood crisis in Pakistan threatens the lives and well-being of close to 10 million children. Out of them, about 4 million children are especially vulnerable, due to living near polluted or stagnant flood waters. UNICEF reports that the rates of acute respiratory infections for children living in these areas have risen rapidly. Additionally, the rates of severe acute malnutrition for children in these same areas have also increased drastically. The onset of severe winter weather further heightens these two factors. Abdullah Fadil, the UNICEF Representative in Pakistan, notes in a statement, “Severe acute malnutrition, respiratory and water-borne diseases coupled with the cold are putting millions of young lives at risk.”

A major increase in food insecurity further complicates the problems of malnutrition and respiratory diseases in children in Pakistan. As the floods destroyed large amounts of crops and livestock, food insecurity numbers have reached emergency levels in some parts of the country, which may have long-term implications for children who are already malnourished. The floods also damaged many water supply systems and sanitation facilities, leaving children with no access to clean water. Furthermore, flooding destroyed many public health buildings, making access to medical care and treatment difficult or impossible for many children. While many of the issues that children in Pakistan face are treatable, like malnutrition, the lack of access to treatment makes their situation much more serious.

As winter is in full swing, immediate action and aid are necessary to save the lives of children who the flood crisis in Pakistan impacted. UNICEF, for example, has been on the ground, providing emergency supplies, screening children for malnutrition and immunizing children against polio. The organization has appealed for $173.5 million to provide support for women and children in Pakistan. As of January 9, 2023, this appeal has only been 37% funded.

As Pakistan is one of the world’s most vulnerable nations in regard to changing weather patterns, with warming rates significantly above the average level, extreme weather conditions like the latest floods could happen again. These events are particularly harmful to at-risk populations, like children. Thus, it is the responsibility of not only the authorities in Pakistan but the entire international community to take action on their behalf. As of January 10, 2023, more than $9 billion had been pledged to support Pakistan’s recovery. While this is a positive step for the nation as a whole, millions of children who remain in danger as a result of the flood crisis still need attention.