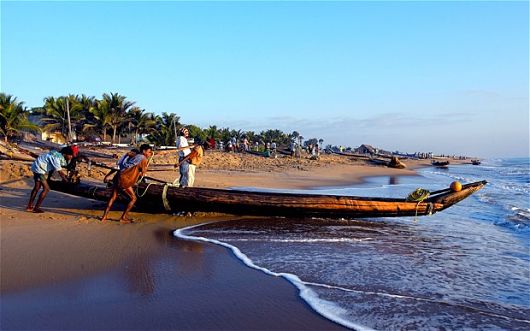 More than 60 percent of India’s fishing communities, which comprise nearly four million people, earn less than a dollar a day. For each meager catch, they risk their lives sailing in flimsy boats through extreme weather conditions, only to return home to poor shelter, poverty, illiteracy and a lack of access to information.

Mobile technology organization Qualcomm is out to improve conditions with the Fisher Friend Mobile Application, which provides fishermen with real-time information about wind speed and wave height, weather conditions and disaster alerts up to 100 kilometers from shore. The Fisher Friend app also provides up-to-date market prices for fish, allowing fishermen to maximize their earning potential.

As of Feb. 2015, 1,000 people had been trained to use the app. Immediate benefits were seen; in one case, the Fisher Friend app’s GPS feature was used to locate and rescue 40 fishermen caught in rough weather conditions.

In addition, fishermen report that the Fisher Friend app helps to increase their haul. Subscribers receive a voice message bulletin in native regional languages five times a day, detailing, along with the other information, potential fishing zones where fishermen will bring in a larger catch.

Sanatan Behera, a fisherman at Chilika Lake in Odisha, India, said, “Two years ago, I used to catch only 50 kg of fish daily. Now, after I know the exact fish location through the voice message, I am able to catch almost double.”

The Fisher Friend app also warns fishermen when they approach Sri Lankan waters, allowing them to avoid being apprehended and potentially harmed for accidentally crossing the maritime border. The right of Indian fishermen to operate in Sri Lankan waters is still a highly contested issue between the two governments.

Fishing bans are another area the messages cover, informing fishermen of temporarily imposed bans placed by the government. Taking into account the impoverished nature of fishing communities, the app also covers information about government welfare programs.

All things considered, fishing communities face many challenges, ranging from cyclones and floods to illiteracy. These can place them in dangerous territory concerning governmental bans and allow fishermen to be taken advantage of with regards to fair market prices. However, Fisher Friend’s mobile app and the information it provides will help keep fishermen safe in India and empower them to draw a higher income from their hard work.