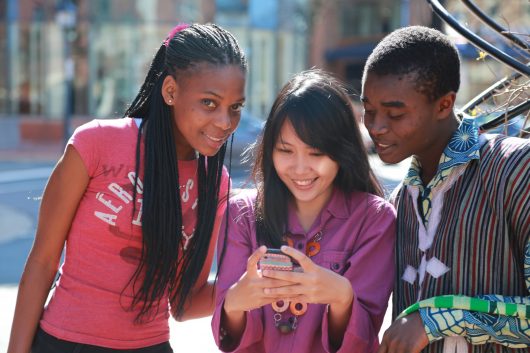 To improve mobile banking, First National Bank (FNB) in South Africa has launched a new line of smartphones that revolutionizes online and mobile banking and improves accessibility to the Internet.

Manufactured by the Chinese telecommunications company ZTE, the FNB-branded Android ConeXis A1 and X1 devices are both constructed with good quality and are fairly priced for the average citizen of South Africa.

Compared to a cash-based system, digital and mobile banking carries less risk, is more convenient and has become increasingly more accessible and affordable in developing countries. Along with smartphones, FNB also has a banking application, which, when combined, hopes to reduce unnecessary and excessive fees and reclaim transparency in the industry’s process.

Released in 2011, the FNB Banking App for smartphone and tablet offers convenience and security with 24/7 banking, as well as the ability to promote businesses.

Increasing the availability of technology products and services such as those offered by FNB could potentially create an environment of financial inclusion leading to less poverty.

South Africa is currently the most promising country in Africa when it comes to elevating Internet access and smartphone usage. According to the Spring 2015 Global Attitudes survey, 37 percent of adult inhabitants of South Africa reported owning a smartphone, and 42 percent stated they use the Internet.

Additionally, 48.7 percent of South African households were occupied with at least one member who had access to or used the Internet in 2014. The ConeXis A1 supports 3G and is priced at R59/month while the more advanced ConeXis X1 utilizes both 3G and 4G and is made available for R150/month.

ZTE looks forward to possibly partnering with FNB once again to produce upgraded models of smartphones for mobile banking purposes. Just this year alone, Africa has seen a multitude of promising advances for the future.

From the passing of the Electrify Africa Act in February, and now with the release of FNB smartphones, both inhabitants of South Africa and the country itself appear to be in for a bright digital future. FNB’s actions will not only improve mobile banking, but the organization could be the push for more positive change across the globe.