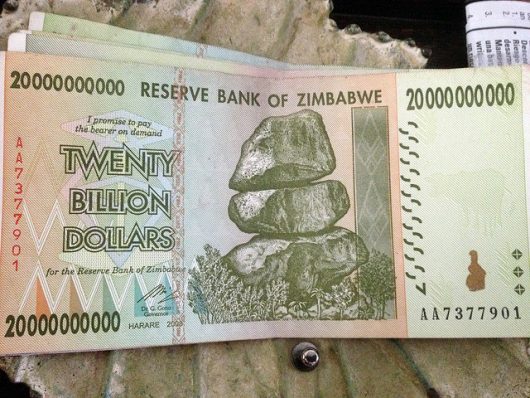 Financial crises in developing nations have been an uncomfortably common occurrence. This presence has necessitated a guide for avoiding such debilitating economic events. Corruption and the impact of exchange rates are often the culprits of fiscal destabilization, and poor monetary choices, and often result in hyperinflation and tremendous harm. There are some practical antidotes, though, for addressing concerns to assist low-income nations in averting financial ruin.

The Cost of Corruption

There is an important relationship between corruption, foreign direct investment and domestic lending. The impact is pretty simple: corruption makes a nation’s potential FDI benefactors run for the hills, and leaves the riskier practice of bank lending as the primary mechanism for new capital. This occurs because foreign investors have few assurances that they could successfully operate in an opaque environment with weak property rights (as an example).

Corruption does more to dissuade FDI than exorbitant tax rates and other poor conditions, according to some analyses. State-owned banks accentuate the issues caused by relying on lending for capital investment because many engage in dubious lending practices like “connected lending” – a convenient euphemism for nepotistic banking. As a result, banks often disregard the imperative to issue economically sound loans.

To remedy these concerns, one suggestion is the foreign ownership of banks, as they mimic the effects of FDI by pairing capital with better technology and managerial experience, along with a better regulatory apparatus.

Another pertinent issue regarding financial crises in developing nations is exchange rates. Fixed but adjustable exchange rates have historically exacerbated financial turmoil because they were seen as more stable than they actually were. Additionally, in the case of large foreign currency debts during a recession, lowering interests rates to stimulate the economy would force out FDI and further hurt the currency.

Many financial crises in developing nations are triggered by hyperinflation, which is typically defined as sustained inflation rates of over 50 percent. When governments get into trouble with debtors, they often are forced to print money to afford their loans. This increases prices dramatically, making ordinary products unaffordable.

Many countries dependent on oil revenues have fallen victim to the affliction of hyperinflation. When oil prices surge, they increase their budgets accordingly; but, when the price of oil craters, they are often left with bloated budgets and cannot pay back their debts without resorting to a printing spree.

To insulate them from this, experts suggest establishing an independent central bank which would not print excess money to bail out imprudent spending. Although poor nations have historically been susceptible to financial crisis, there are practical solutions they can adopt to guard against them and usher in greater financial stability.