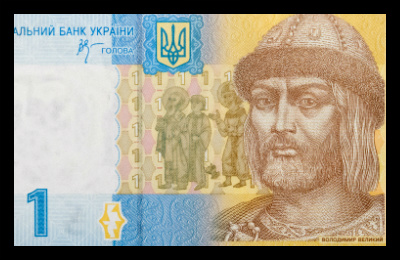 This past March, Ukrainian Finance Minister Natalie Jaresko and Prime Minister Arseny Yatseniuk succeeded in securing an impressive amount of aid from the International Monetary Fund, but their work to bring Ukraine to financial stability has only just begun. The restructuring that the IMF and Ukraine agreed on calls for Ukraine to save $15.3 billion over the next four years, a number that would only be attainable if some of Ukraine’s creditors forgave a portion of their principle. So far, nobody seems willing.

After the violence last year sent Ukraine’s economy into a tailspin of high interest rates and dwindling federal bank reserves, the international community stepped in to lend Ukraine a hand – and several billion dollars.

Last April, the IMF approved a two-year loan of $17 billion to Ukraine, but soon deemed the plan insufficient to build reform while the government was busy fighting pro-Russia separatists in eastern Ukraine.

This March, the IMF approved a loan that would deliver $17.5 billion over the next four years, with $10 billion of the money being delivered this year. An official statement by IMF Managing Director Christine Lagarde in Berlin called the program “very strongly front-loaded during the first year.” She went on to express optimism about the plan, saying, “Ukraine has satisfied all the prior actions that were expected and required of it in order to start running the program. … We are off to a good start.”

‘Front-heavy’ loans like this are supposed to kick-start the rebuilding process and bring faltering economies out of their downward spirals. That money was combined with an additional promise of $7.5 billion from other international organizations and an expected $15.3 billion in debt relief.

Even with this assistance and the optimism of the IMF, the Ukrainian economy is expected to contract by 5.5 percent in 2015, before rebounding and growing by an estimated two percent in 2016. While the outlook of the IMF and the Ukrainian government is cautiously optimistic, their goal remains lofty. By 2020, they aim to reduce Ukraine’s debt down to $56.1 billion, from the estimated debt in 2015 of $74.9 billion.

Ukraine’s debt can be broken into four very rough categories: there is debt to international organizations like the IMF, which is unlikely to change. There is debt to friendly governments like the United States, which would also be hard to change. The remaining two kinds of debt are Ukraine’s $17.3 billion in sovereign Eurobonds and $31.4 billion in domestic debt. These are the debts the Ukrainian government has the best chance of re-negotiating, but simple interest alterations won’t be enough. To meet its goal, the Ukrainian government will have to reduce the principle of these debts.

This will not be a task for the faint of heart. The largest private bondholder, asset management company Franklin Templeton, has hired heavy-hitting consulting group Blackstone to advise them during talks, a sure sign that they don’t plan to surrender much. However, the toughest creditor is probably Russia, who holds $3 billion of Ukraine’s Eurobond debt, and has proven intractable to negotiation about restructuring so far.

If Prime Minister Yatseniuk and Finance Minister Jaresko can negotiate a manageable plan for debt repayment, Ukraine’s economy has the potential to make an impressive comeback.