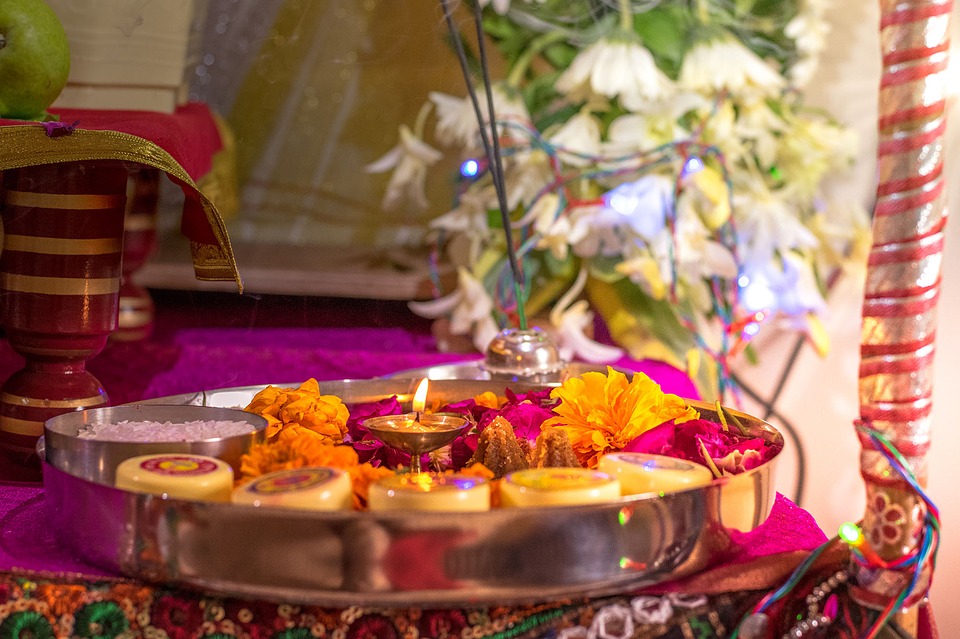 The idea of profiting from recycling religious flowers in India and receiving recognition from the U.N. for it may seem ludicrous, but cofounders of Indian startup Kanpur Flowercycling made it possible. Ankit Agarwal and Karan Rastogi saw an opportunity in these religious flowers in India on the day of Makara Sankranti, an ancient Indian festival celebrated by bathing in the sacred water of the river Ganges for the end of the winter solstice.

Toxic Flowers in the Ganges

People worship, bottle and drink these waters, even though it has become visibly carcinogenic. Agarwal and Rastogi noticed small, colorful flowers discarded from the temples nearby turn into mulch in the river waters. Research shows that the flowers are filled with pesticides and insecticides. In the river, the chemicals mix with the water, making toxic compounds, suppressing the oxygen level and endangering marine life.

After a year and a half of pitching their temple-waste maintenance idea and countless hours in a makeshift laboratory, Agarwal and Rastogi’s idea came to life. The flower recycled incense and vermicompost that would open the door to conserve the Ganges, provide livelihood and employment for people even of lower-caste were born.

HelpUsGreen, the brand over this project, grew to receive recognition as one of the young leader projects that helps achieve the U.N. Sustainable Development Goals. Although the vision of HelpUsGreen might have started at preserving the river Ganges, it didn’t stop there. The startup, supported by Tata Trusts, uses its flower-recycling technology to also provide employment for people. HelpUsGreen provided a livelihood for 73 scavenging families that now earn six times what they earned before. It also sent 19 children to school and provided a predictable livelihood for almost 200 women.

The startup makes empowering women specifically of lower-caste a priority by employing 1,200 women to collect flowers. “Many of them are more confident now,” Agarwal told Fast Company, “They’re earning more than their husbands. They got some say in the decisions that are made in the home and they’re saving money so they can send their children to school.” Making women a priority for their business taps into a global poverty reduction strategy of putting women in the workforce. The significance of this strategy stems from the gender disparity in the workforce which made women an untapped market to downsize global poverty.

HelpUsGreen decided to set goals that will make a difference in these circumstances. The 8 million tonnes of showering flowers annually are symbols of devotion discarded in toxic ways to water bodies, groundwater and the Indian civilization. “Kanpur Flowercycling already collects some 7.2 tons of flowers a day from two dozen sites but it’s just scratching the surface,” Agarwal explained. Agarwal believes the startup can gather 50 tons a day and branch out into new products. These religious flowers in India represent a symbol of devotion but more than 420 million people use the Ganges where they are dumped. People rely on it for food, water, bathing and agriculture. If the river is dying, it will put the Indian civilization in a very vulnerable position.

HelpUsGreen considers Kanpur and India’s environmental challenges in the vision for its business. This vision aligns with the Sustainable Development Goals of life on land, sustainable cities and communities, clean water and sanitation, good health and well-being, zero hunger and no poverty. The startups’ priority for women employment creates alignment with the Sustainable Development Goals of gender equality, decent work and economic growth and reduced inequalities. The values of Kanpur Flowercycling matching over half of the U.N.’s goals justifies their nomination for a UNICEF award by the Bill and Melinda Gates Foundation.

World Bank President Jim Yong Kim also recognizes cleaning the Ganges river as part of the poverty fight. Kim visited the Ganges to observe an Indian government initiative supported by the World Bank to clean the river. Kim recognized reducing the number of sources of pollution entering the river as a way to reduce poverty in India. HelpUsGreen has already begun to gather tons of flowers away from the river to eliminate factors polluting it. These religious flowers in India can still represent a symbol of devotion and be discarded in sustainable ways that will also help reduce poverty.