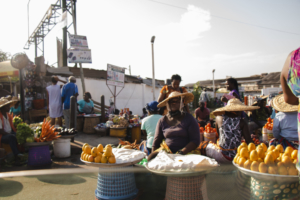 As the years have passed, the nutrition of sub-Saharan Africans has shown little improvement. As of 2016, nearly 222 million people suffer from a form of undernourishment. With the population expected to boom shortly, this figure has a dangerous potential to increase. Fighting malnutrition in sub-Saharan Africa is bringing together investors, governments and NGOs in efforts to fight malnutrition in this region.

For African nations, current statistics on malnutrition paint a grim picture: nearly every country south of the Sahara reports at least 10% of children as underweight. The problems caused by widespread malnutrition—regardless of age—are apparent. According to World Bank statistics, malnourished children typically provide far less value later in life, losing an average of 10% of their potential lifetime earnings. Likewise, a malnourished mother may conceive a similarly deficient child with congenital disabilities and an equal risk of low productivity. While it is simple to recognize malnutrition as a source of other regional issues, identifying the underlying causes of malnutrition has proven to be more complicated.

Malnutrition is not exclusively caused by undernutrition. In many cases, the low variety of available foods causes developmental problems in children, which contributes to those mentioned above poor professional outcomes. The region’s poverty causes discrepancies in the food distribution of local towns, with communities becoming dependent on staple crops like grains while missing out on fruits, meats and other nutrient-dense foods. With surveys reporting that 39% of families in sub-Saharan Africa suffer precarious access to food, these cereal crops are the only way for many families to avoid going to sleep hungry.

This lack of nutritional variety primarily stems from the region’s poor-quality infrastructure. Without proper roads, many rural farmers struggle to bring their crops to market, making the trade of goods essential to a running economy—and a balanced diet—nearly impossible. With better economic conditions as well as simple roads, citizens could gain crucial access both physically and financially to foods they could not previously afford.

The Need for Investments

Food insecurity is not the only issue plaguing sub-Saharan Africa: with various forms of poverty—including fiscal, water and energy poverty—also demanding attention, it appears that a fix for one issue may have to envelop the other problems as well. Fortunately, improving the infrastructure for one of these issues incidentally benefits the others.

The region needs massive investments for projects like dams, bridges, power plants and namely roads. Experts advocate this investment on multiple grounds: not only would it assist in fighting malnutrition, but it also represents a sensible investment. Investment specialists recommend this action, and private companies in the U.K. have seen greater returns on investments to Africa than anywhere else in the world, according to the Overseas Development Institute.

A Future Worth Fighting For

Fortunately, current world leaders began to listen to this advice. Organizations like The World Bank have already organized the financial framework to fund ambitious projects fighting malnutrition globally. With Chinese investment into Africa totaling nearly $300 billion from 2005-2018, countries in sub-Saharan Africa are starting to receive the foreign investment necessary to feed their people adequately.

Fighting malnutrition in sub-Saharan Africa is no small task, but the current trend of investment shows promise for the future. The Infrastructure Consortium of Africa reported that between 2013-2017, the mean annual funding for infrastructure development was $77 billion, double the average from 2000-2006. If investment continues, much-needed dietary improvements could finally become a reality. Perhaps in the next ten years, a variety of foods will quite literally be a walk down the road for African families. 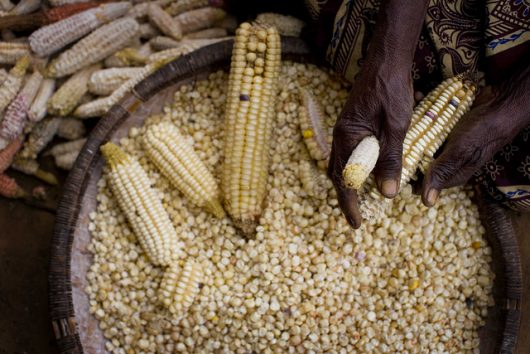