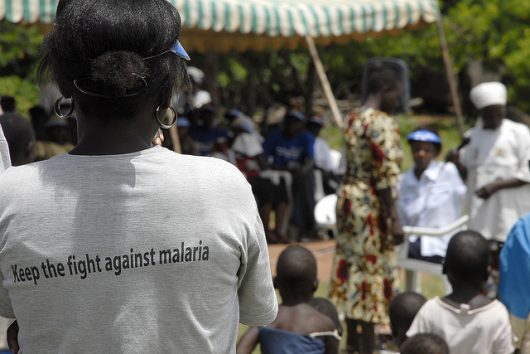 Brian Gitta is the first and youngest Ugandan inventor to win the African prize for releasing his highly innovative bloodless malaria test. A device called Matibabu tests for malaria by shining a beam of light onto the patient’s finger and can be downloaded on mobile devices.

This bloodless malaria test is low cost and reusable and doesn’t require a physician’s presence. Gitta, in an interview with United Press International, said: “We are incredibly honored to win the Africa Prize — it’s such a big achievement for us because it means that we can better manage production in order to scale clinical trials and prove ourselves to regulators.” These clinical trials will open up new partnership opportunities for Matibabu and vastly expand its entrepreneurial ability.

Many scholars say that Matibabu is “a game changer” for the thousands of people affected by malaria. Clinical trials show that Matibabu has an 80 percent effectiveness rate in identifying malaria, and with constant technology adjustments, Gitta hopes to bring that number up to 90 percent in the coming months.

Gitta’s team continues to perform research on the device as it awaits examination from global regulators. Until the app’s official approval, support from the academic community continues to surface, offering financial and supportive aid to Matibabu.

Malaria, as defined by the CDC, is a mosquito-borne disease caused by a parasite. People who become infected often experience flu-like symptoms, such as fever, chills, abdominal pain, vomiting or nausea.

In 2016, there were 216 million cases of malaria and over 400 thousand deaths linked to the disease. Uganda specifically bears a large burden by carrying the highest prevalence of malaria, with a rate of 478 cases per 1000 people on yearly basis.

Major challenges of malaria include high transmission intensity, inadequate healthcare resources and inadequate preparedness and response. Since 2014, the disease has decreased by almost 20 percent, but the prevalence is still striking. Inadequate resources include the inability to correctly diagnose the disease due to unqualified staff and inadequate training.

Several attempts have been made in the past to eliminate malaria. Some examples include insecticides and other chemically stronger indoor residual spraying of insecticides. Another example is the utilization of artemisinin-based therapy, which involves the prescription of two separate drugs used to eliminate the parasite located in the bloodstream.

However, these remedies have not proven to be one hundred percent effective. Data from the last decade shows no convincing evidence that malaria has decreased in Uganda in recent years. Gitta’s bloodless malaria test, however, is giving hope to many Ugandan residents who still face the struggle of diagnosis.

Benefits to the New Test

There are several long-term benefits of tests like Matibabu. The accessibility for the general public is arguably the most beneficial, as rural communities now have access to technology and can easily download the app.

Another benefit is that testing is more beneficial and cost-effective than presumption diagnosing. By affirming that a patient does, in fact, have malaria, available resources for malaria treatment can be distributed in the right way.

Furthermore, the World Health Organization states that: “Prompt parasitological confirmation by microscopy or alternatively by RDTs is recommended in all patients suspected of malaria before treatment is started. Treatment solely on the basis of clinical suspicion should only be considered when a parasitological diagnosis is not accessible.” By confirming a diagnosis, planning and treatments can be better financed through a more efficient allocation of money. For example, money being saved for testing could now be financed toward the research of other diseases in Uganda.

Matibabu plans to continue research in the upcoming months. By studying local transmission rates and local treatment costs, Matibabu is better suited to help the welfare of not only Uganda but many sub-Saharan African countries struggling to fight malaria.