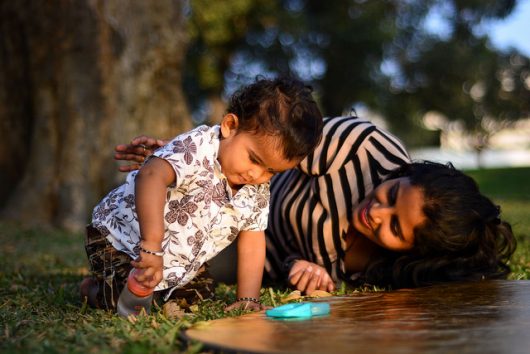 India is one country out of many that are dealing with the problem of maternal deaths. More than half of these deaths occur due to an abundant amount of uncontrolled bleeding from mothers giving birth. Maternal deaths may be a huge issue when it comes to global poverty, but today there are methods for decreasing maternal deaths in India and other parts of the world.

Research has shown that 5 to 10 percent of women giving birth will continue to bleed “more than normal” after their baby is born. There are different methods that impoverished countries, such as India, can apply to help fix this problem. One immediate way that can be performed as a form of help is to massage the womb of the birthing mother. The administration of affordable and accessible drugs, like oxytocin, can also solve the issue of the bleeding.

A recent technique that is being used for decreasing maternal deaths in India is the administration of the medicine tranexamic acid (TXA) that is simple to get and is very affordable. This medicine can help create a clot to prevent the continuation of bleeding through the development of a fibrous protein, fibrin, that joins platelets to form the clot. The intake of TXA can help prevent maternal deaths by 30 percent.

Research shows a single condom that is attached to a syringe, that is found in health facilities, can save the lives of 97 percent of women that are in shock from the bleeding. The way it works is by putting it into the womb where the mother is bleeding, and then water fills the tube. This single-use set can function as a tampon by pressing on the walls of the uterus to prevent the uncontrollable bleeding. Basic training can be completed so that a primary health care provider can even use this technique at a local health center.

If India adapts these techniques then in the next five years maternal deaths caused by bleeding can be minimized.

Maternal deaths make up a huge part of global poverty. Because impoverished countries do not have easy access to healthcare or enough health-care workers, they tend to have a higher amount of maternal deaths. The World Health Organization (WHO) set the goal of making sure countries all around the world reduce their maternal rates by supporting cheaper and better treatments. Therefore, India has made some significant progress in decreasing the number of maternal deaths and has the potential to reduce it even more through different researched methods. By doing so, India is one step closer to ending global poverty.