Tag Archive for: Fight for Peace 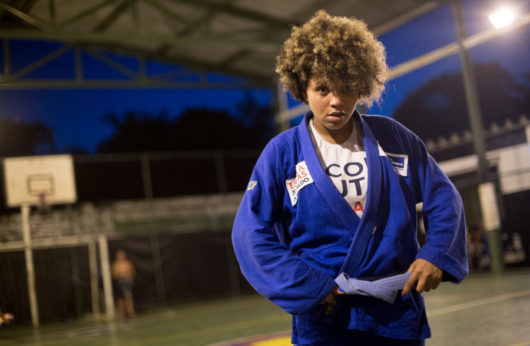 Brazil’s strength lies in its globalization: soccer and its telenovelas, for instance, are instantly recognizable to the international gaze as part of the country’s cultural brand. The same can be said for martial arts. The practice of martial arts in Brazil has existed since the 16th century, but the nation didn’t globally influence the field until the 20th century. Today, martial arts is a tangible and widely known element to Brazil’s landscape that is steadily being used to empower the upcoming generation.

Martial arts is not just a combat sport; it is a codified system that permits the individual to learn more about oneself internally and externally. Many, if not all, forms of martial arts strive to improve the body, mind and spirit in equal precedence. Its cultural eminence and exploration of one’s limits make martial arts an excellent teaching enhancement for children in Brazil.

This is doubly true for those born in favelas – Brazilian slums where youth options are often limited to criminality, drug trafficking and sex trade. Families are increasingly enrolling their children in martial arts classes to keep them off the violent and poverty-ridden streets. The safe and controlled practicum of martial arts provides a fresh approach to life; children that would have otherwise continued to churn the cycle of poverty are able to build trust, strength and companionship while training with others.

Located in Complexo da Maré, a dangerous complex of favelas in Rio de Janeiro’s North Zone, is the organization Fight for Peace. The organization’s mission is upheld by their Five Pillars methodology. The First Pillar is to teach boxing and martial arts to local youth in order to boost self-esteem, discipline and respectful camaraderie. The other Four Pillars are education, employability, support services and youth leadership. These include opportunities such as vocational courses, home visits, education for those with learning difficulties and individual mentoring.

Children are encouraged to maintain an education and thereby continue their martial arts training until at least the age of schooling. By employing a multi-disciplinary approach that starts with martial arts in Brazil, Fight for Peace emboldens young individuals in disadvantaged communities to realize and pursue their potential.

Another valuable resource in Maré is the Jose Aldo Fight School, founded by UFC Featherweight Champion, Jose Aldo. As someone who came from an impoverished background with limited opportunities, Aldo has turned his success into a platform that paves the way for others.

So far, Aldo’s school has trained 534 students between the ages of 6 and 22 in judo, jiu-jitsu and boxing. The school aims to provide a strong and supportive community where children won’t feel that their only option out of hardship is to resort to crime.

“Here, we replace a gun for a kimono,” says Marcelo Negrão, a jiu-jitsu teacher at Jose Aldo Fight School. Martial arts in Brazil have enabled its impoverished youth to harness the formative power of sport and use that confidence to create new paths for themselves.

Going forward, this medium of empowerment will hopefully continue to gain traction within the nation and as a global practice.