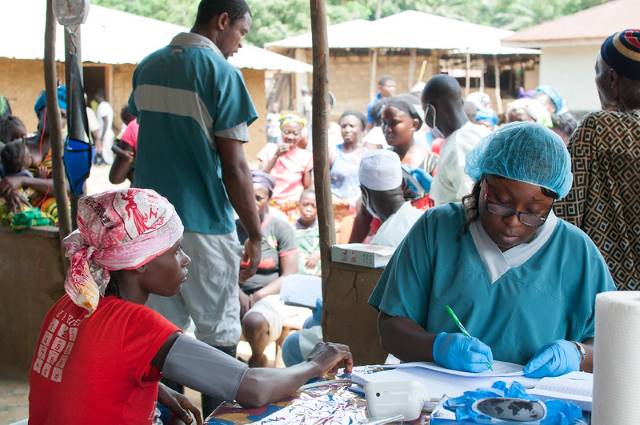 The 2014-2016 Ebola outbreak in West Africa killed more than 4,800 people in Liberia and infected thousands of others. However, these data points only scratch the surface of Ebola’s effect on healthcare in Liberia. Ebola’s devastation affected the provision of healthcare services in West Africa and caused an additional 10,600 deaths due to HIV, tuberculosis and malaria. In countries such as Liberia, more medical training and equipment means healthcare in Liberia has strengthened since the Ebola outbreak. Ebola exposed the weaknesses in the healthcare system of Liberia and showed the Liberian government and international aid organizations particular areas needing improvement and reform.

After recognizing the struggles of Liberia’s healthcare system during the Ebola epidemic, the World Bank devised specific ways to assist Liberia. For example, in May 2020, the World Bank approved the Institutional Foundations to Improve Service for Health Project for Liberia (IFISH). The four-component program focuses specifically on improving health services and outcomes for women, children and adolescents. The six-year program costs $84 million, of which $54 million of funding comes from the United States. Roughly 50% of the budget will be dedicated to health facilities and construction in Liberia. The program also attempts to lay the groundwork for future Liberian healthcare officials. The program includes training health workers and financing certain undergraduate and postgraduate faculties.

For multiple years, the Yale Jackson Institute for Global Affairs has worked alongside the Yale Global Health Institute to create a project-based global health course for Yale seniors. The program allows students to explore the intersection of public health and policy. The students of this program have contributed to recovery efforts in Liberia. The program has assisted in establishing proof to encourage partners and policymakers to undertake significant changes in Liberia’s main medical school. The 2015 class conducted case studies on Rwanda and Ethiopia to generate targeted policy solutions in Liberia. Overall, the partnership was deemed a “win-win” for Liberia and the students involved.

The Centers for Disease Control and Prevention (CDC) has been actively aiding healthcare in Liberia since 2007. However, it did not expand its Liberian focus until the Ebola outbreak. Accompanied by more traditional CDC programs such as malaria intervention and the provision of vaccines, Liberia receives assistance through the CDC’s Field Epidemiology Training Program (FETP). The three-tiered educational initiative aims to equip Liberian healthcare workers with the knowledge and tools to investigate and respond to disease outbreaks. At the close of 2016, Liberia had 115 FETP-trained staff. The FETP graduates will go on to provide field support in response to disease outbreaks across Liberia. With graduates from all 15 counties and 92 health districts in Liberia, fellows of FETP work to contain outbreaks and prevent them from turning into local or global epidemics.

Healthcare in Liberia is improving due to Liberia’s coordinated recovery efforts with multiple organizations. Nevertheless, Liberia still battles with increasing civilian access to healthcare and the funding of critical health institutions. For example, two-thirds of rural families need to travel for more than an hour to access a health center. These extended travel times can significantly impact the healthcare outcomes of Liberians. Moreover, hospitals are struggling to survive because funding from donors has slowed since the Ebola outbreak. In Liberia’s health system, primary healthcare facilities are largely underfunded.

While these struggles persist, they should not overshadow the significant improvements made since the Ebola outbreak. With aid, commitment and effort, healthcare in Liberia can improve further.