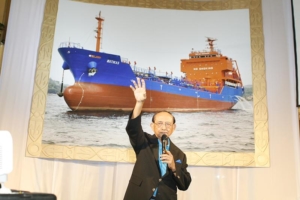 Fidel Ramos, a former President of the Philippines who ousted a long-standing dictator, died on July 31, 2022 at the age of 94. Ramos served as a general in the Korean and Vietnam wars and played a major role in turning the Philippines into a pro-democratic country. His accomplishments include uplifting millions of Filipinos and eliminating the Philippines’ historic title as ‘the sick man of Asia.’ Press Trixie Cruz-Angeles told the LA Times that “He leaves behind a colorful legacy and a secure place in history for his participation in the great changes of our country, both as a military officer and chief executive.” Here is some information about Fidel Ramos’ legacy including his economic and social reforms.

The dictatorship and policies under Ferdinand Marcos were crippling for many Filipinos and the country’s economy. Although the unemployment rate fell from 7.1% to 3.9% during the early years of Marcos’ presidency, unemployment rapidly rose again in the mid-1970s when it reached 7.9%. By 1985, two-thirds of the population was poor and at least half, or 27 million Filipinos, lived in extreme poverty.

During Marcos’ administration, Ramos was a key figure, serving as a PC chief. However, in February 1986, Ramos resigned from his post and supported the rebellion, People Power Revolution, after a failed coup. The rebellion ushered in a radical transformation in the Philippines and became a symbol against authoritarian regimes worldwide.

When Aquino rose to the presidency, Ramos was able to prevent her from attempting violent coups. In 1992, the people of the Philippines elected Fidel Ramos as President. His administration successfully implemented many reforms to reduce poverty and bolster the Philippines’ economy.

To combat the aftermath effects of Marcos’ dictatorship, Ramos embraced a “comprehensive reform strategy” to open up the economy, reduce macroeconomic imbalances and address structural rigidities. The IMF has supported this program since 1994 and made considerable progress in boosting the Philippines’ economy.

The program accelerated privatization, recapitalized the central bank and opened numerous sectors to new competition such as banking, telecommunication and the oil sector. The limits on foreign participation loosened in many sectors and the program resulted in the removal of import restrictions. The average import tariff in 2000 was 10%, which was one-third of that in the mid-1980s.

However, powerful interest groups that formed under Marcos’ regime of heavy regulation of the economy and income inequality resisted reforms that would even the playing field. Despite this, Ramos was able to reduce inequalities and spur growth. He cracked down on monopolies in various sectors and privatized some government-owned corporations to boost the annual growth to 5%.

During Ramos’ administration, the Philippines saw for the first time emergence of massive, coordinated, nationwide poverty reduction programs. Ramos’ Social Reform Agenda (SRA) integrated the delivery of social services, protection and reforms to the poorest provinces in the Philippines where people could not meet their basic needs. Many heralded this program as the most consultative, reform-oriented and well-targeted poverty platform in the history of the Philippines.

The SRA had clear, defined targets and brought together many NGOs, local agencies and other stakeholders during the development, planning and execution process as they monitored stages of poverty intervention.

Through the Comprehensive and Integrated Delivery of Social Services, the 10 most unmet necessities in the community and sector determined the social services. To accommodate the needs of diverse impoverished communities such as the urban poor, farmers and indigenous peoples, 33 indicators underwent implementation that includes basic survival needs, security and capability. These indicators also helped track progress in poverty. The result of these programs proved to be a success as family poverty incidence fell from 39.9% in 1991 to 31.8% in 1997.

Although Fidel Ramos’ presidency ended in 1998, his policies, legislations and reforms continue to be impactful in the Philippines today. Fidel Ramos’ legacy includes the creation of anti-poverty infrastructure in government bureaucracy. The Social Reform and Poverty Alleviation Act of 1997 adopted the SRA into the Commission’s mandated agenda. In governmental agencies like the Department of Social Welfare and Development (DSWD), there was the widespread adoption of the Minimum Basic Needs Survey, poverty information gathering and resource gathering. The data gathered from these instruments continue to be useful today.

Moreover, the Gender and Development Budget Policy, which mandated the allocation of a minimum of 5% of the government’s budget to Gender and Development programs aiding women, passed in 1992. The Philippines is continuing to incorporate this policy annually and revisions have ensured the policy’s effectiveness.