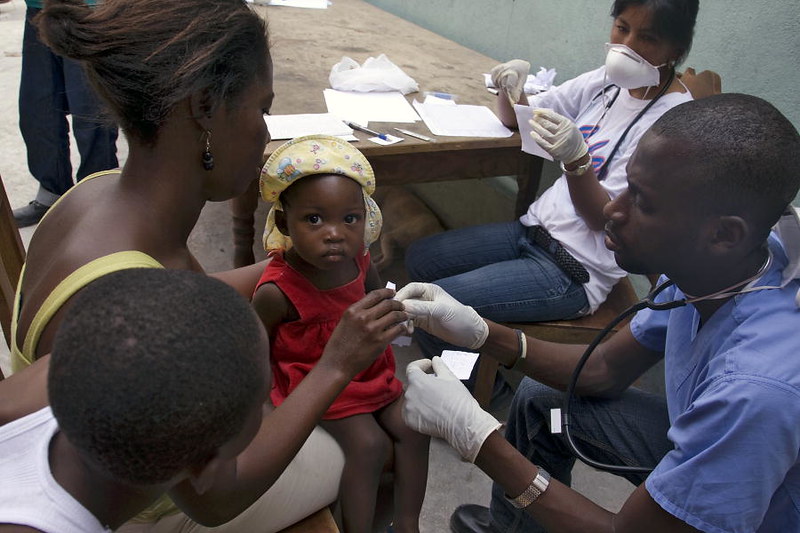 One of the most significant exports that Cuba continually delivers is doctors. Offering quality services at a price that the most vulnerable and impoverished patients can afford, these medical practitioners are changing the world. In 2020, patients worldwide called upon around 800 Cuban doctors and nurses at the beginning of the COVID-19 pandemic. Unfortunately, Human Rights Watch, an international NGO that advocates and researches human rights violations and other organizations claim a dark side to the philanthropic efforts that Cuba presents. Moreover, controversy surrounds Cuba’s medical internationalism with claims of Cuban doctors working under repressive regulations that violate their fundamental human rights.

After the Cuban Revolution in 1959, the socialist government addressed its main societal concerns: universal health care and free education. As a result, while revamping the health care system in the country through strategic methods, the government achieved its goals of providing free healthcare and quality education. Using these values, the Cuban government began a program to bring humanitarian medical aid worldwide. According to the BBC, Fidel Castro himself described the exported medics as Cuba’s “army of white coats.”

Its history of medical altruism began in 1963 when Cuba sent 56 doctors to replace the French doctors that left Algeria, according to TIME. After Algeria gained independence from France in 1962, one of the newly formed country’s main issues was the mass exodus of French doctors. According to Granma, the official newspaper of the Central Committee of the Cuban Communist Party, more than 3,000 doctors left the nation. Cuba supported the country while it rebuilt its health care system.

Cuba would also help other nations in times of catastrophes, such as Haiti’s 2010 earthquake. With equipment and valuable knowledge, 380 Cuban health care providers were some of the first doctors to respond to the crisis. They operated four clinics in Haiti’s capital Port-au-Prince, providing life-saving procedures such as amputations, sutures and antibiotics. In an interview with pharmacist Ildilisa Nunez, a member of the Cuban Miracle Mission, National Public Radio (NPR) reported that 605 people came to the clinic within 12 hours of the earthquake.

In that critical moment, Cuban doctors could provide the aid that the citizens needed, especially during the pandemic.

Forty countries worldwide received the aid of Cuban health care providers during the pandemic. While Cuba is often helping nations with weak health care systems, wealthier nations such as Italy and Andorra have received Cuban aid too. For example, in Lombardy, Italy, the region’s health minister Guilio Gallera asked for the help of Cuban medics in March 2020, according to The Economist. On March 22, 2020, 52 Cuban doctors arrived from Havana to help.

Some host countries, according to NBC, are learning from Cuba how to handle the pandemic effectively. These strategies include “isolating cases, tracing their contacts, screening for sufferers and swiftly applying therapeutic treatments like the antiviral agent interferon.” Even nations that have ended agreements, such as Brazil, have requested aid once more because of the pandemic’s damage. Brazil received 1,012 Cuban doctors that allowed them to practice in “basic primary medicine for two years without having to requalify to practice,” NBC reports.

The pandemic caused nations worldwide to turn to Cuba for aid. Still, there is a darker side to their humanitarian assistance.

A Violation of Human Rights

Human Rights Watch accused the Cuban government of imposing regulations that have violated Cuban medics’ fundamental rights. Some of these liberties included “the right to privacy, freedom of expression and association, liberty and movement, among others,” as Human Rights Watch reported.

Under the Resolution 168 of 2010 that the Ministry of External Commerce and Foreign Investment wrote, it is a disciplinary offense to have any relationships with others who are not consistent with the values that Cuban society holds. In addition, personnel deployed abroad, under the same order, must disclose all “romantic relationships” to their supervisors, Human Rights Watch reports. The government also limited the freedom of expression using regulations that the Human Rights Watch said were “unnecessary and disproportionate to any legitimate government aim.”

Not only do Cuban medics suffer from restrictive bans that limit their freedom, but they also endure threatening situations. Around 41% of Cubans that worked abroad say they experienced sexual assault while at their posts. If the deployed personnel wanted to leave the program, they would face an eight-year ban from Cuba, according to VOA News.

Though, the string of infractions does not stop. Multiple organizations, including Human Rights Watch, accused the Cuban government of exploiting the medical personnel wages. Prisoners Defenders reported that “doctors on average receive between 10% and 25% of the salary from the host countries,” with Cuba’s authorities keeping the rest, according to BBC. With lucrative missions that bring Havana $8.5 billion a year, a large sum of money is continually withheld from Cuban doctors, according to VOA News.

The Future of Cuba’s Medical Internationalism

While Cuban medical aid has helped countries worldwide, there has been a call to question how humanitarian the government has been to its employees. Only the future will tell if Cuba will end up before the International Criminal Court and the United Nations to face their crimes. However, in the end, the world needs the aid that Cuban doctors have provided for over half a century. 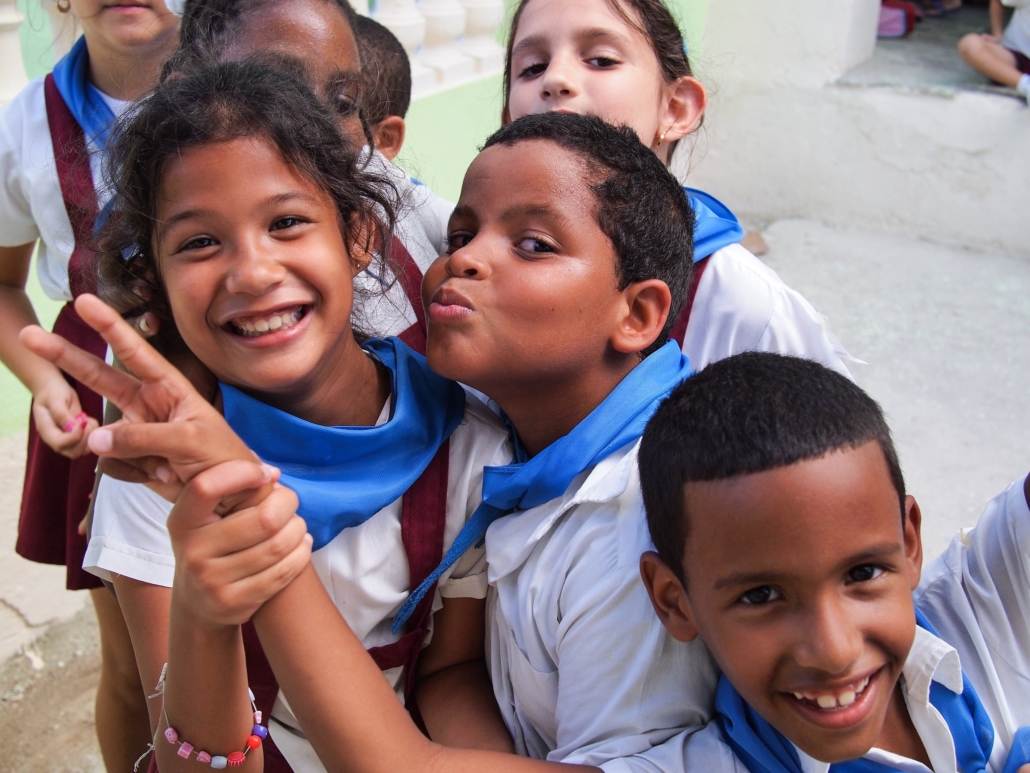 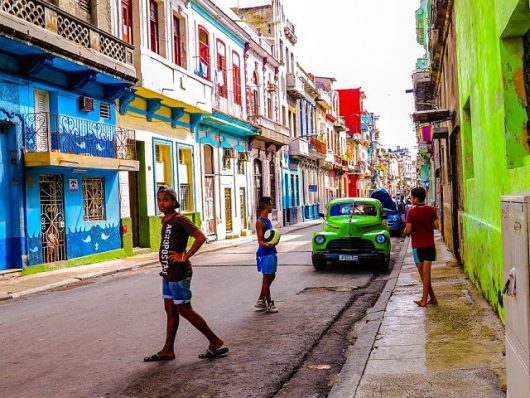 Cuba is a unique island nation whose economy has been the subject of contention for decades. It is also a poor country that struggles to provide housing, transportation and other necessities. The Borgen Project outlines five of the main causes of poverty in Cuba.

Top 5 Causes of Poverty in Cuba

Following Fidel Castro’s assumption of power in 1961, the U.S. imposed an embargo that abruptly deprived Cuban exporters of the recipient of 95 percent of their exports. Since then, the embargo has strictly restricted Cubans’ access to American products, contributing to shortages of everything from food, to electronics and internet access. The legislation of the embargo even includes sanctions against other countries that do business with Cuba. In this way, the embargo significantly limits Cubans’ access to products, partners and the means to climb out of poverty.

Like many developing countries across the world, Cuba has historically depended on agriculture as its main industry. Agricultural dependence often limits countries’ abilities to develop infrastructure and establish economic stability. Until the 1990s, the primary economic driver in Cuba was sugar. Because of this historical reliance on a single crop, Cuba has been ill-prepared to deal with changes in the global economy and to diversify beyond its agricultural roots.

For more than thirty years, Cuba was allied with the former Soviet Union. This relationship created special trading conditions which benefited the Cuban economy. Cuba traded sugar to the USSR for much-needed goods and economic support; but when the Soviet Union collapsed in 1991, Cuba experienced a 35 percent contraction of its GDP. In a country of only 11 million people, this financial crash was more extreme than the American Great Depression. Cuba has yet to fully recover from this economic blow.

Cuba’s troubles with the USSR are part of a larger pattern of centralization. For the majority of the country’s history, Cuba depended on a single trading partner for over 90 percent of its foreign trade. Cuba’s exclusive relationship with first the U.S. and then the USSR caused big problems when these partners suddenly disappeared. Cuba also traditionally focused industrially on sugar production; this centralization further limits Cuba’s ability to find sources of revenue to meet the country’s needs.

Cubans enjoy free health care and education, as well as subsidized housing and food rations. These social benefits form a safety net rare to the developing world and even many developed countries; but these social services come at a cost. Spending on social services can limit the amount of money available to the Cuban government and the Cuban people especially in times of economic crisis.

The causes of poverty in Cuba are similar to those in the rest of Latin America, but Cuba’s unique position also presents the country with some unique challenges. Still, thanks to Cuba’s vigorous social services, many Cubans can count themselves lucky compared to other impoverished nations. 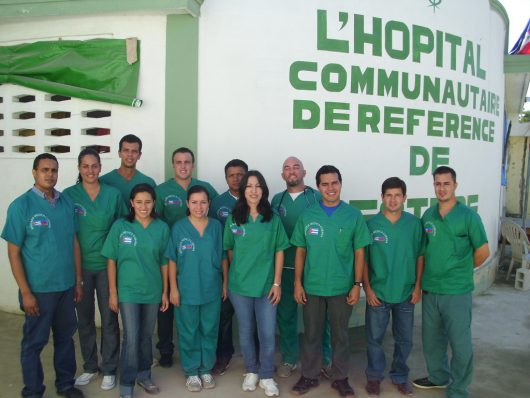 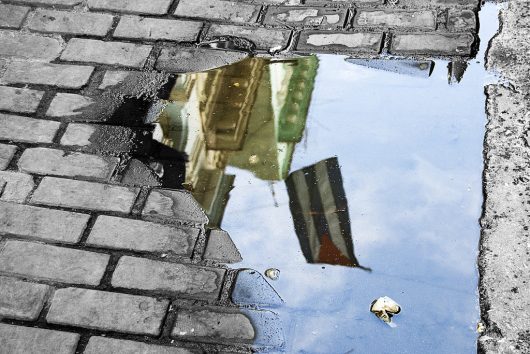