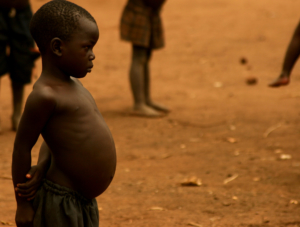 Food for the Poor, Inc., or FFP, is a Christian-owned and operated nonprofit community dedicated to feeding the poor in Latin America and Caribbean countries.

The nonprofit believes in the power of prayer and donations or gifts to help feed starving children in 17 different countries in order to make their lives better one day at a time.

FFP’s ministry reflects their belief in God’s unconditional love; they inspire trust and faith, and embrace all people, regardless of race or status. It is their belief that Christ is alive and well in their ministry, and that they can best serve him by assisting those in greatest need.

FFP began their work in Coconut Creek, Fla., and it is their current headquarters where they hold daily prayer services. They encourage all members and volunteers of the nonprofit to pray for those in dire need daily because prayer is a fundamental part of their ministry.

The nonprofit also sends out monthly devotionals and weekly prayers in order to set their volunteers and members on the right path as to who has the greatest need. They take prayer requests through the postal service, by telephone and by email in order to best serve the people for whom they pray daily.

FFP addresses issues such as starvation, deforestation, lack of education and many other hardships that may be detrimental to the well-being of the countries they serve.

The nonprofit uses donations and the prayers and faith of their members to help put an end to the largest issue of global poverty. Through donations of gifts, people can help someone eat, get out of poverty or stop deforestation of the rainforests in Latin America.

The charity is in good standing and has great ratings on nonprofit tracker websites. According to Charity Navigator, they put nearly 96 percent of all gifts or donations received toward programs to put an end to global poverty, deforestation and more.

Through the power of faith, donations and prayer, FFP provides a fresh new perspective on how to go about providing aid to those in need.