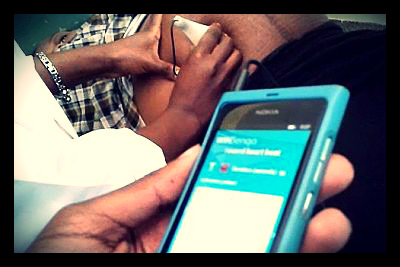 WinSenga, a technology developed by students from Uganda’s Kampala Makerere University, has revolutionized prenatal technology in the African nation. WinSenga was named after Microsoft Windows and Sengas; Sengas are aunts or midwives who help during pregnancy. The Sengas can be extremely helpful during a pregnancy and childbirth, but they can also rely on traditional practices that can harm both the mother and the child. The innovation has been supported by a $50,000 grant from Microsoft and is being built in a Microsoft-funded technology incubator at the University.

The appearance of the WinSenga is similar to that of a Pinard horn, which has been used by midwives throughout history.  The device is long and cone-shaped with a hole in the middle and a flat top in order for the midwife to place the device on the belly and listen to the fetus. The sounds of the fetus are then fed into a smartphone, which can analyze the heartbeat and recommend the best course of action.

The WinSenga is revolutionary in that it is available to anyone with a smartphone and the horn and can save thousands of fetus’ lives. The technology is also much cheaper so that clinics can accumulate its benefits. Juliet Birungi, an obstetrician in Uganda, also believes that WinSenga could be used to monitor the baby when the mother is in labor. Because Ugandan hospitals are often understaffed, the technology will allow staff to remain privy to the status of the infant. This is vital as abnormal heart rate in a fetus can be a sign of severe and life-threatening delivery complications.

Birungi stated that “just like all devices, they do not replace the need for a human being who is skilled…but this device would make their work easier, and the outcome would be much better.”

The application is set to expand into other developing nations with similar problems after its clinical trial in January of 2014.