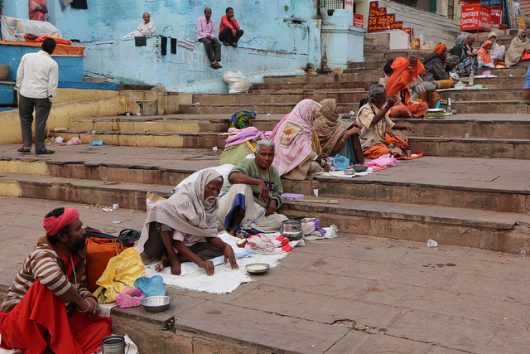 According to recent studies, India is set to surpass China as the world’s most populous nation by as early as 2024. In a country where 25 percent of the population is already living on less than $2 a day, many fear the growing population will only make the poverty situation worse.

Although rapid population growth does not necessarily cause poverty, there is a clear connection between high fertility rates and poverty. In developing countries with high fertility rates, life expectancy and per capita income (two important indicators of well being) typically remain low.

10 Facts About Overpopulation in India

Although the statistics can appear staggering, there is still reason to be optimistic. In India, trends in women’s education, fertility rates and quality of life have all shown improvements in recent history. This is important since improvements in these areas all correspond to decreasing poverty and population levels.

Furthermore, since countries with higher levels of income, education and access to health care typically have lower birth rates, experts are beginning to urge the government to focus on the development of these areas. Others are advocating for a government enforced family planning strategy, much like China’s one-child policy.

There is certainly overpopulation in India, but with awareness of the issue and sustained efforts to combat it, both poverty and population can be brought under control.