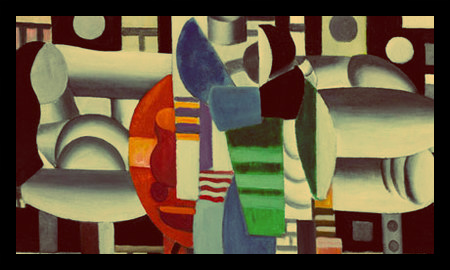 On May 7, 2013, Sotheby’s will auction a painting from Madonna’s art collection, in its Impressionist & Modern Art Evening Sale. The sale of the Fernand Léger’s “Trois femmes à la table rouge – Three Women” painting is estimated at $5 to $7 million, and all proceeds will benefit the Ray of Light Foundation to support girls’ education in Afghanistan, Pakistan, and other countries.

“I have a great passion for art and a great passion for education. In conjunction with Sotheby’s, I would like to share these two passions. I cannot accept a world where women or girls are wounded, shot or killed for either going to school or teaching in girls’ schools. Let’s change the world!” commented Madonna.

The Fernand Léger painting was done in 1921, at the height of his Mechanical Elements series. Over time, Léger’s rendering of female subjects became increasingly abstract and this painting on auction is an example of his unique Cubist moment. Madonna is taking this valuable piece of art, and turning it into an even more valuable catalyst for social-good.

Source: Look At The Stars